by ToP
in Tennis
2 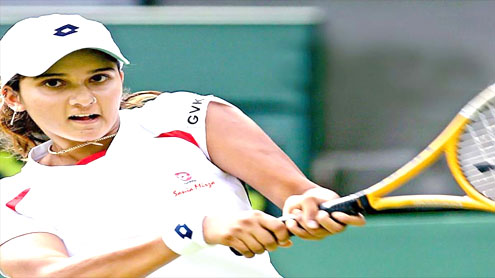 NEW DELHI: India’s Sania Mirza jumped 17 places to 73 in the women’s singles rankings while Somdev Devvarman slipped a spot in the men’s singles rankings, released Monday.Sania last week reached the quarterfinals in a Women’s Tennis Association (WTA) Tour event at Charleston after three-and-a-half years.She continued her good form in the doubles also where she along with Russian Elena Vesnina clinched the doubles title. The Indian gained four places to reach 29 in the doubles.In the men’s singles, Somdev, who touched a career-high ranking in singles, last week, is at 72nd position.In the men’s doubles, Leander Paes and Mahesh Bhupathi are unchanged at seventh and fifth place while Rohan Bopanna has dropped a place to 16. – TOI