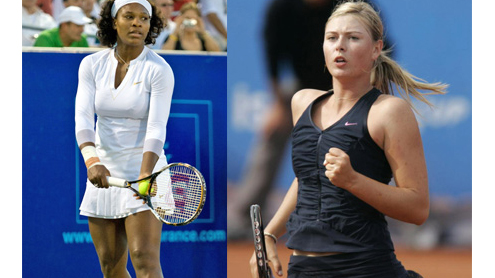 BRISBANE: Maria Sharapova and Serena Williams will be fit to play at the Brisbane International, which begins this weekend, after injury scares, organisers said on Thursday.

French Open champion Sharapova pulled out of an exhibition match against Caroline Wozniacki scheduled for Friday in Seoul because of a sore collarbone. But the Russian, along with Williams one of the biggest draws in women’s tennis, is due to arrive for the Dec. 30-Jan. 6 tournament on Saturday. Sharapova withdrew from the Australian Open warm-up event last year.

Williams, who won a fifth Wimbledon title, Olympic singles gold and a fourth US Open crown in 2012, also pulled out of an exhibition against China’s Li Na in Thailand last week. However, the American has been given the green light to participate in Brisbane following toe surgery. “It’s great that they’re both going to be fit to play the first tournament of the year,” tournament organiser Cameron Pearson told Australian media.

Eight of the world’s top 10 women are scheduled to play in the $1.5 million Brisbane event, including number one Victoria Azarenka of Belarus. Azarenka and Sharapova will both receive first-round byes, as do the top four seeds in the men’s draw, headed by Britain’s Olympic and US Open champion Andy Murray. – DailyTimes