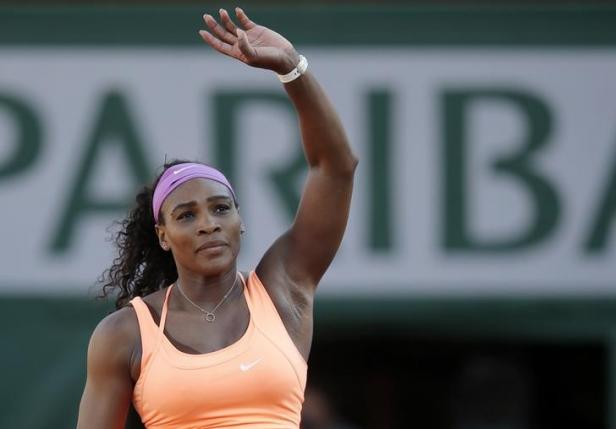 World Number One Serena Back after Bout with 'Pain'

An ailing Serena Williams stayed on course for a 20th grand slam singles title as she came back from the brink to reach the final of the French Open with a 4-6 6-3 6-0 win against Swiss power hitter Timea Bacsinszky on Thursday.

The American, who looked unwell throughout the match, putting iced towels around her neck and against her forehead at changeovers, fell a set and a break down as the 23rd-seeded Bacsinszky peppered the court with backhand winners.

But Williams, who won Roland Garros in 2002 and 2013, dug deep to break back and Bacsinszky cracked, losing 10 games in a row. Williams closed it out when Bacsinszky sent a backhand long and the world number one will now face Czech 13th seed Lucie Safarova on Saturday. –Reuters