Now Facebook Will Use Drones of Internet on Users ? 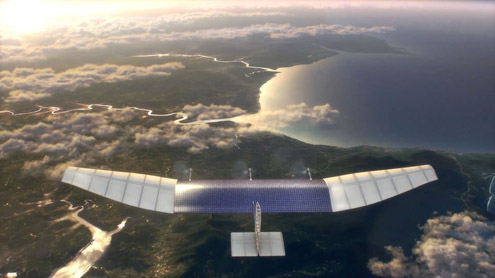 What a war now starting between Social Media Networks.It is confirmed news that now Facebook plans to use drones, satellites and lasers to deliver Internet to the world. After announcing Internet.org last year, an initiative to improve Internet access across the globe, Mark Zucker berg unveiled the Connectivity Lab, a new team of scientists and experts which has been working on the ambitious project of this worl wide internet access.

He said that the Connectivity Lab would develop “new platforms for connectivity on the ground, in the air and in orbit,” according to a post on Internet.org on Thursday.If this project completed it should be the next revolution for Socila Media. Remember that Google , Facebook and Apple Having the largest Cash reserves of the world economy. -Timesofpakistan.pk