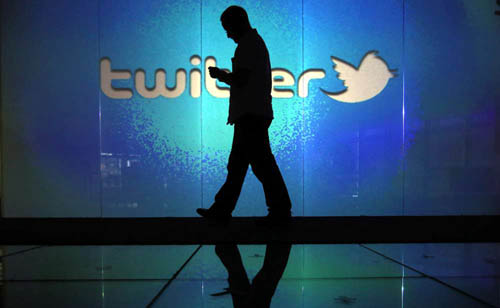 Twitter’s revenue soared in the first quarter of 2014, the company announced on Tuesday, but its growth appears to be stalling, and investors sent its shares sharply down in after-hours trading.

After the stock markets closed Twitter announced it had revenues of $250m for the first three months of the years, an increase of 119% year on year. Twitter announced a net loss of $132m for the quarter. The revenue numbers comfortably beat analysts expectations of around $241m. The social media company’s shares, however, dropped over 10% shortly after the news was released as investors appeared disappointed with the 14m new users it attracted over the quarter, a growth rate of 5.8%.

“We had a very strong first quarter. Revenue growth accelerated on a year over year basis fueled by increased engagement and user growth,” said Dick Costolo, chief executive of Twitter. “We also continue to rapidly increase our reach and scale.” Costolo told analysts in the two days after the Oscars there had been 3.3bn views of tweets about the show. “There are few other companies with this kind of reach,” he said. “Twitter the platform we believe is already incredibly mainstream.” He said the Oscars example was a “tiny example of the ubiquity, the almost omnipresence, we have in the world to be in front of users.”

“Let me be clear I am really happy with engagement in Q1,” he said. The company had a total of 255m monthly active users at the end of the quarter, up from 241m at the end of last year. The figure was better than the 9m it added in the last quarter of 2013, when the company grew at 3.8%. But it still represented slowing growth for the company and came as investors are increasingly focussed on the potential scale of Twitter’s business. The social media company has established itself as a popular medium for celebrities, media outlets and brands but slower growth has triggered concerns on Wall Street that the service may lack the mass appeal needed to turn it into a advertising powerhouse.

Twitter has made a series of changes to its service, making greater emphasis of pictures and video and changing profiles to more closely resemble those of Facebook. Costolo said the number of tweets people had added to their favourites or re-tweeted were up 26%. He said he was “confident” that the changes and more would drive up growth and usage of the service.