China To Send Orbiter To Moon and Back 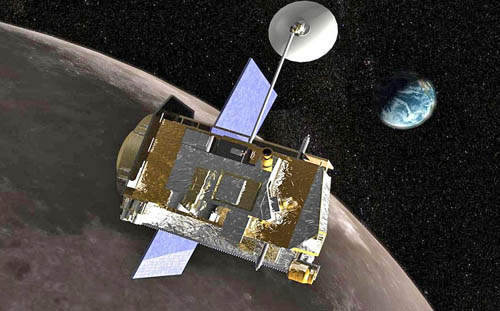 China To Send Orbiter To Moon and Back

The mission will be launched before the end of the year and will travel to the moon before returning to earth, the State Administration of Science, Technology and Industry for National Defence (SASTIND) said in a statement on Sunday. Doing so will require withstanding the high temperatures that develop when a probe re-enters the Earth’s atmosphere. The orbiter will test technology that will be be used for China’s ambitious Chang’e-5 mission, which aims to gather samples from the moon’s surface, the official Xinhua news agency reported.

Beijing sees its multi-billion-dollar space programme as a marker of its rising global stature and mounting technical expertise, as well as evidence of the ruling Communist Party’s success in turning around the fortunes of the once poverty-stricken nation. The moon orbiter has been transported to the Xichang Satellite Launch Centre in the southwestern province of Sichuan, SASTIND said. In Chinese mythology, Chang’e is the goddess of the moon who lives in a palace with her pet Yutu, or jade rabbit. The country’s moon rover, launched as part of the Chang’e-3 lunar mission late last year, was named after the pet.

China had declared that mission a “complete success”, but mechanical problems have plagued Yutu and reports in May said the rover was gradually becoming “weakened”. The Chang’e-5 mission will be more sophisticated and technological challenges include taking off from the moon’s surface, rendezvous and docking in lunar orbit, and high-speed Earth re-entry, Xinhua said. The military-run project has plans for a permanent orbiting station by 2020 and eventually to send a human to the moon. A chief scientist told state media in 2012 that China planned to collect samples from the surface of Mars by 2030. -channelnewsasia