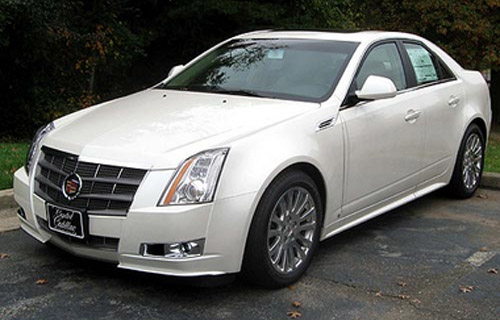 General Motors CEO Mary Barra unveiled plans Sunday to make driving safer through hands-free technology, after a string of recalls that has dogged the company. GM’s top-of-the-line Cadillac brand will provide a semi-auto pilot mode dubbed “Super Cruise” on certain 2017 model year cars. In the same timeframe, the 2017 Cadillac CTS will feature vehicle-to-vehicle communication technology that allows cars to react to others in intersections and other situations.

Barra said the new technology will be available outside the United States. It is also in demand in heavily congested Europe and in China, where accidents are taking an increasingly heavy toll. “We are not doing this for the sake of the technology itself. We’re doing it because it’s what customers around the world want,” she said. “Through technology and innovation, we will make driving safer.” Super Cruise will offer customers a new type of driving experience that includes hands-free lane following, braking and speed control in certain highway driving conditions. The system is designed to increase the comfort of an attentive driver on freeways, both in bumper-to-bumper traffic and on long roadtrips. The vehicle-to-vehicle communication technology could mitigate many traffic collisions and improve traffic congestion by sending and receiving basic safety information such as location, speed and direction of travel between vehicles that are approaching each other.

It will warn drivers and can supplement active safety features, such as forward collision warning, already available on many production cars. As the world becomes more congested and new populations need access to personal mobility, accidents continue to be a global concern. A recent National Highway Traffic Safety Administration study estimated that the economic and societal impact of motor vehicle crashes in the United States is more than $870 billion per year. “Advancing technology so that people can more safely live their lives is a responsibility we embrace,” Barra said. Despite massive recalls in recent months,Barra said consumers still trust GM. She denied that consumers have grown more skeptical of GM’s technology or the safety of its vehicles since the recalls began. New vehicles sales in the US have risen 5.1 percent this year through the end of August, according to Autodata. But GM’s sales have increased only 2.8 percent despite the introduction of a new line of sport utility vehicles.

Sales by the company’s flagship Cadillac brand have dropped by more than four percent. Barra, who described Cadillac customers as “incredibly influential,” said GM was in the process of rejuvenating its luxury brand. “We have a lot of work to do at Cadillac. We’re rebuilding Cadillac and that is going to take some time,” Barra told reporters after a speech marking the opening of Intelligent Transportation System World Congress. GM, which has recalled more than 15 million vehicles for repairs, has set aside $1.6 billion to cover the cost of recall-related claims from individual consumers. The recalls have spawned federal and state investigations as well as multiple lawsuits. But Barra stressed that despite the massive recalls, the company’s vehicles were safe on the whole. “When you look at the safety we have on today’s vehicles, and the rating they’ve gotten from a variety of external sources, those vehicles speak for themselves,” she said. –