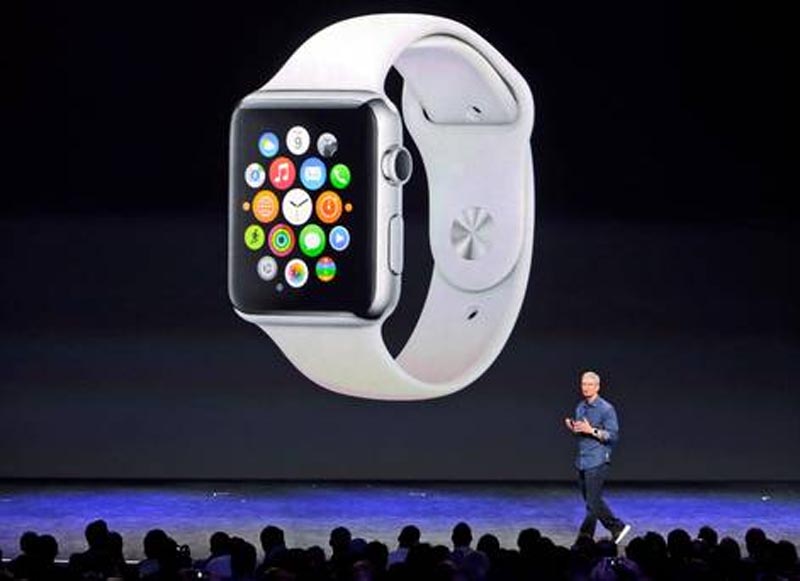 Consumers are warming to the idea that wearing a computer on their wrists or clothing may not be the fashion faux pas that early clunky prototypes led many to fear, with 2015 poised to be a breakout for the much-hyped trend, a new study has found. Forrester Research said in a report to be published on Tuesday that the number of people using a wearable computer will triple in 2015, led by the expected arrival of Apple Watch, which it predicts will draw 10 million users next year. But polling data used in the study of thousands of U.S. and European consumers suggests more Americans can see themselves putting on a computer than their European counterparts, at 45 percent versus 32 percent of those surveyed. Consumers are more likely to imagine wearing watches or health monitors on their wrists, followed by devices which clip onto clothing or fit in the ear or on so-called smart glasses. But again, there are regional differences as Americans are category by category more willing to consider all manner of such devices, from smart jewellery to contact lenses to tattoos.

And while strong consumer interest exists for wearable devices, a bigger driver of demand is coming from businesses looking to supply employees with all types of new body gadgetry. “The wearable market will take off as brands, retailers, sports stadiums, healthcare companies, and others develop new business models to take advantage of wearables,” J.P. Gownder, the author of the report, wrote. More than two-thirds of business decision-makers polled for the study, or 68 percent, said developing a wearables strategy for their business was now a priority. Look for wearables that monitor the safety of field workers, location-aware smartwatches that help managers assign shift workers in real-time and video and photo devices that augment the human insights of technical inspectors, researchers said.

The business poll was conducted in June among 3,104 business and technology decision-makers. Working with the polling firm Ipsos, Forrester surveyed 13,003 European consumers in April and March. More than 4,500 U.S. consumers were surveyed in March. The consumer surveys were conducted online, which tends to skew the results toward the tech-savvy, Forrester noted. The report follows a flurry of research from financial and market research firms showing a coming wave of growth over the next few years. Morgan Stanley, in a report published last month, predicted the category could top one billion devices by 2020 in its most bullish scenario, with growth ramping up faster than smartphones or tablets did in their breakout years. – Reuters