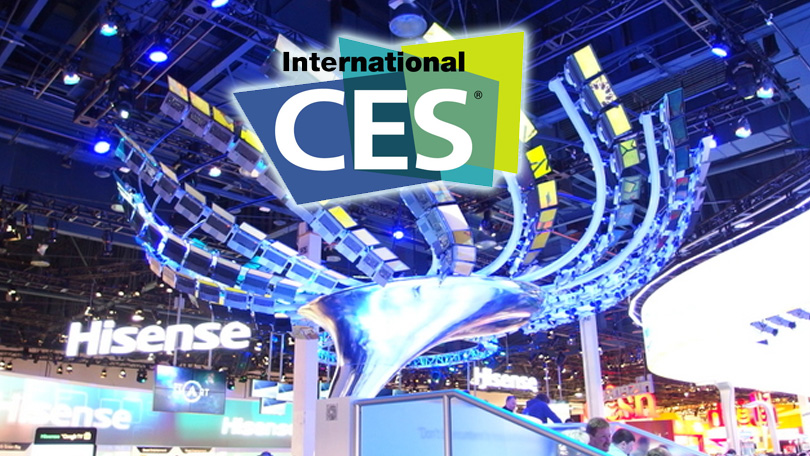 In the air, in your car, on your back — new technology at the upcoming Consumer Electronics Show is showcasing the growing number of ways to live the “connected life.” The so-called “Internet of Things” is leading to a wider range of wearable tech, from sports shirts to smart watches to sleep monitors to connected refrigerators. The vast 2015 International CES, one of the world’s biggest electronics fairs to be held in Las Vegas January 6-9, shows how technology is permeating virtually all sectors of life — from entertainment to automobiles to kitchen appliances, in sectors including health, fashion and sports. “The ‘Internet of Things’ is the hottest topic in tech right now,” said Karen Chupka of the Consumer Electronics Association, which organizes the annual event. It’s all about the opportunity to connect everyday items like cars, home security systems and kitchen appliances to networked devices like PCs and smartphones for greater control and management of our everyday lives.” Also on view will be the newest and biggest television displays featuring “ultra high definition” that is catching on with consumers. So-called 4K television sets are coming down in price and becoming mainstream, and some reports suggest the show may feature newer, even more realistic “8K” displays. Roger Kay, analyst at Endpoint Technologies Associates, said that 4K “is a really obvious play for the industry and consumers” because it can mean big-ticket purchases, and deliver a better image.

While 4K television has been around a few years, the market may be ready now, says Bob O’Donnell at the research firm Technalysis, with prices for TV sets falling below $1,000. The 4K format “is more 3D-like than 3D,” O’Donnell said. “The quality is so high it makes you feel like you’re there.” Curved and bendable screens should be on display, and perhaps some folding ones as well. In the air, CES will for the first time have a dedicated space for drones to accommodate the growing interest in unmanned flying devices. This comes with interest in drones for everything from law enforcement to crop management to search-and-rescue missions. A separate robotics zone will be 25 percent bigger than last year, with at least 18 exhibitors. Some robots are connected to the Internet cloud, or controllable by mobile device and capable of seeing, hearing, feeling and reacting to the environment.

A wider range of wearable technology will also be on display at the show, in a key segment among the 35,000 exhibitors. While smart watches and fitness bands have been on the market, “I expect to see more smart garments, including smart shirts and smart bras,” said Angela McIntyre, analyst at the research firm Gartner. “We’ll be seeing more traction with smart garments next year.” These garments are likely to replace more restrictive heart-monitoring straps and bands which are “effective but uncomfortable,” McIntyre said. More important than the wearable items themselves will be the platform behind them. Users will be looking for ways to use the data in a productive way, said IDC analyst Ramon Llamas. “A wearable device can tell you that you have walked 10,000 steps. But we need more than that,” Llamas said. “People are looking for devices which tell us when we need to go to sleep earlier, skip dessert, or get up and take a walk around the office.” A major battle is taking place to be the software platform for wearables, with Google, Apple, Microsoft and others seeking domination.

“There is no dominant company yet,” McIntyre said. “What we will be seeing is a shift from the device and its app to having an integrated account where people can get insights about their fitness and health not just from one device but from several wearables.” Smart glasses and watches will also be out in force, even before the commercial launch of items such as Google Glass and the Apple Watch. Rivals will be looking to get into these markets, although consumers may want to wait for anticipated products, such as the Apple Watch, due sometime in 2015. O’Donnell said the successful smart watches will pay close attention to style. “The watch is a very personal device, it’s much more personal than a phone you put in your pocket,” he said. “That’s going to lead to experimentation.” While smart glasses will be on display, O’Donnell said “there are a lot of privacy and creepiness issues” to be overcome. The “smart home” segment will be significant, with connected devices such as light bulbs, ovens, refrigerators, window systems and garage doors. But software is equally important in this market as well. O’Donnell said consumers want an integrated system to avoid having a multitude of different apps, but that developers want an open system that is easy to access. “On the connected home side it’s all about getting these things to talk to each other,” he said. “So I can have a control panel that can talk to a smart lightbulb or thermostat.”

In a sign of the importance of automotive electronics, CES will have 10 car manufacturers showing their entertainment, safety and other technical advances — from self-parking cars to systems that use Big Data to navigate or diagnose problems. “We are seeing ways to collect data from the car, send you firmware for the vehicle, real-time traffic, Wi-Fi hotspots for the passengers,” O’Donnell said. “We could see better diagnostics, so you can tell if your spark plug is going to die and needs to be replaced.” -AFP