Tokyo 2020 Olympic Village to Be Hydrogen-Powered 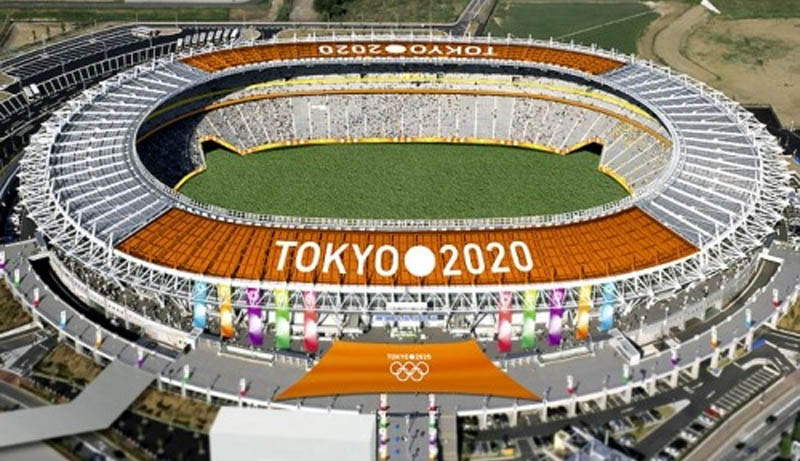 The athletes village for the 2020 Olympics in Tokyo will be a futuristic “hydrogen town” where electricity and hot water are generated from the abundant element, a daily said Monday.

Planners at the Tokyo metropolitan government want to use the opportunity of hosting the summer sporting festival, the Yomiuri Shimbun said, as a boost to so-called “clean” energy. The city wants to build hydrogen stations and pipelines that will send the gas to accommodation units, athletic facilities and restaurants, the mass-circulation daily said. Fuel cells installed at facilities would then use the hydrogen, in combination with oxygen from the air, to produce power and to heat water. Buses ferrying athletes around would be fuelled by hydrogen, and refilled from special stations. The report comes after Toyota Motor last month rolled out the world’s first mass-market fuel-cell car in Japan.

Hydrogen power is classed as clean energy because it produces only water as a by-product at the point of use. The athletes’ village will be located in Tokyo’s Harumi waterfront area and will be temporary home to around 17,000 people during the Games. Once the Games are over, it will be converted into a town with a population about 10,000, the Yomiuri said.

The contract for planning the village will be awarded to a private company by the end of March, the paper said, with the use of hydrogen a condition for application. Despite its abundancy, hydrogen does not occur naturally as a gas and needs to be extracted from compounds. The Yomiuri noted that production of a large quantity of hydrogen was challenging. “Realisation of a hydrogen-based society is an important goal for resource-poor Japan and would lead to curbing of greenhouse gases,”

Takeo Kikkawa, commerce and management professor at Hitotsubashi University in Tokyo, told the paper. “There are not a small number of technical tasks but the Tokyo Olympics is a big chance to realise it. As the athletes village is built from scratch, it would be an ideal large-scale experiment,” he said. The Tokyo government said it was not immediately able to confirm the report. – AFP