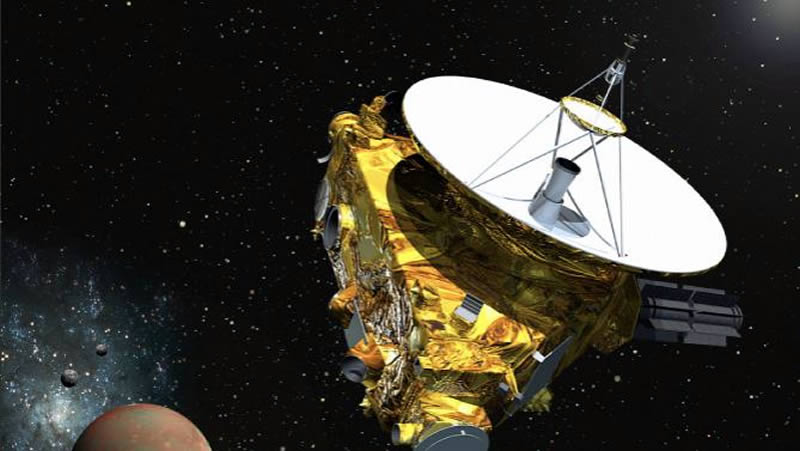 Nine years after leaving Earth, the New Horizons spacecraft is at last drawing close to Pluto and on Sunday was expected to start shooting photographs of the dwarf planet.

The first mission to Pluto began in January 2006 when an Atlas V rocket blasted off from Cape Canaveral in Florida and hauled the piano-sized New Horizons craft away from Earth and on a three-billion mile journey.

“New Horizons is set to begin imaging Pluto today, but with the spacecraft still approximately 130 million miles from Pluto, the pictures will be distant,” Mike Buckley, a spokesman for the Johns Hopkins University Applied Physics Laboratory outside Washington, told AFP. “Pluto and its largest moon Charon will still appear as dots against a background of stars,” he added.

NASA scientists took the spacecraft out of hibernation in December to get it ready for its upcoming close-ups of Pluto and Charon.  The craft will pass closest to Pluto on about July 14, 2015. Buckley said he expects the first photographs to be received back on Earth this week, and they will be released to the public shortly after. Despite the weak light levels reflecting from the surface of the dwarf planet, discovered in 1930, New Horizons should be able to gather enough data from the surface of Pluto and Charon and create topographic maps.

The craft carries onboard seven instruments including infrared and ultraviolet spectrometers, a multicolor camera, a high-resolution telescopic camera and a space dust detector. After New Horizons finishes its six-month investigation of Pluto, it will pass near other objects in the Kuiper Belt, a vast ring of debris left over from the solar system’s birth some 4.6 billion years ago.

Pluto is about 2,300 kilometers (1,400 miles) in diameter, smaller than Earth’s moon, and has a mass about 500 times less than Earth. Pluto and its five moons circle the sun every 247.7 years. In 2006, the International Astronomical Union withdrew Pluto’s status as a planet given its small size, reclassifying it as a dwarf planet and leaving the solar system with eight planets. (AFP)