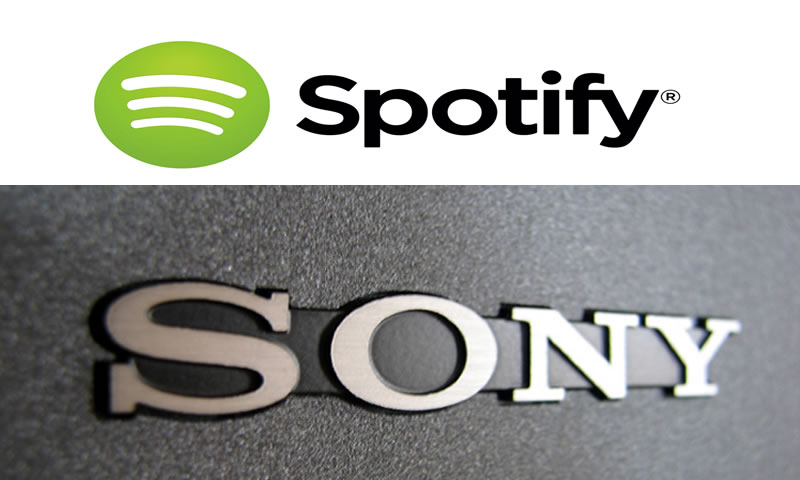 Swedish music streamer Spotify will provide the soundtrack for Sony devices, the companies said Wednesday, spelling the end to the streaming music service from the Japanese tech giant that invented the Walkman.

The deal — which makes the Swedish startup the exclusive provider for Playstation Music and Sony’s smartphones and tablets — sees the companies link up in 41 markets. “Music is a core component of the entertainment offering that consumers expect from Sony,” Andrew House, head of Sony’s Network Entertainment Business, said in a statement. “This partnership represents the best in music and the best in gaming coming together, which will benefit the vibrant and passionate communities of both Spotify and PlayStation Network.” The deal strengthens Spotify’s position as the world’s biggest music streaming service as competition from US-based services such as Pandora and YouTube Music heats up and Apple prepares to launch its own service later this year.

“Gaming remains a sort of final frontier of music. It’s still locked in a quite old fashioned model… sourcing content from different labels,” Mark Mulligan, a music industry analyst, told AFP. “And Sony is bringing in the biggest mainstream digital music streaming brand into the games console environment.” The deal also eliminates potential competition from Sony, a pioneer in mobile music with its Walkman players that has had difficulty moving into the digital music age, which said it would close its Music Unlimited service in all 19 countries where it is currently available.

“Sony always thought that they should be the natural heirs to digital music because they pioneered portable music with the Walkman. They’ve tried many things over the last 15 years but nothing has really worked on any meaningful scale… the music experiences haven’t been the best,” said Mulligan. Spotify has become a major powerbroker in the music industry since its US launch in 2011 and there have been widespread reports in recent months that the unlisted company plans to go public.

“We are incredibly honoured to partner with Sony and PlayStation to give gamers around the world an amazing experience wherever they listen to music,” Spotify founder Daniel Ek said in a statement. The company has come under fire from artists including US pop giant Taylor Swift for inadequate payouts, but Spotify says 70 percent of its turnover goes to record labels and music creators. The successful but controversial music service recently said it had 60 million users, a quarter of whom were paying subscribers. (AFP)