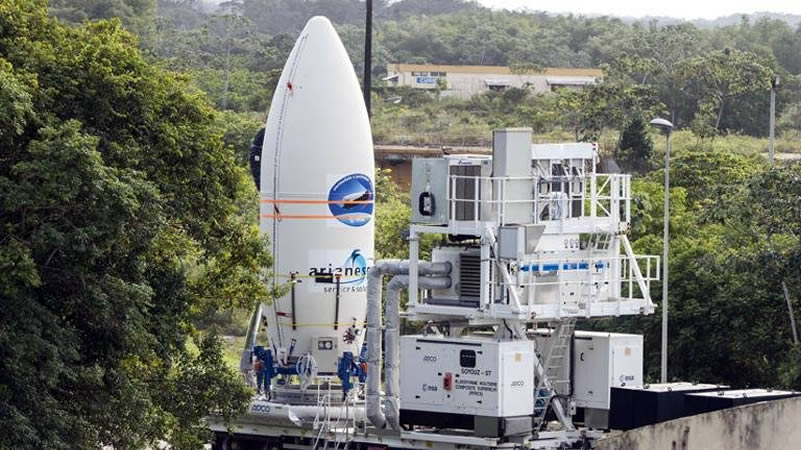 The European Space Agency (ESA) said it had launched Wednesday a prototype craft designed to return to Earth at the end of its mission, a key goal in space strategy. A Vega rocket lifted off from ESA’s base in Kourou, French Guiana at 1340 GMT bearing the novel craft, the Intermediate eXperimental Vehicle (IXV), ESA said in a webcast. “Separation successful,” launch control announced to applause said after the payload separated from its rocket following an 18-minute ride. The five-metre (16-feet), two-tonne wingless demonstrator is the first step in filling a gap in ESA’s range of skills. Alone among the major space powers, Europe can launch satellites, robot explorers and supply ships but does not have the means to bring them back to Earth. Nor does it have its own capacity for human flight — European astronauts instead have been taken aloft and returned to Earth aboard the US space shuttle or Russia’s Soyuz.

The automated 100-minute sub-orbital flight will take the IXV to a height of just over 400 kilometres (250 miles) before the spacecraft descends at hypersonic speed. It will then deploy a parachute and splash down in the Pacific around 3,000 kilometres west of the Galapagos Islands before being picked up by a recovery ship. The wedge-shaped craft is crammed with sensors to monitor its performance in the demanding task of re-entry, where it will have to cope with searing temperatures and follow a glide trajectory to the chosen splashdown site. -AFP