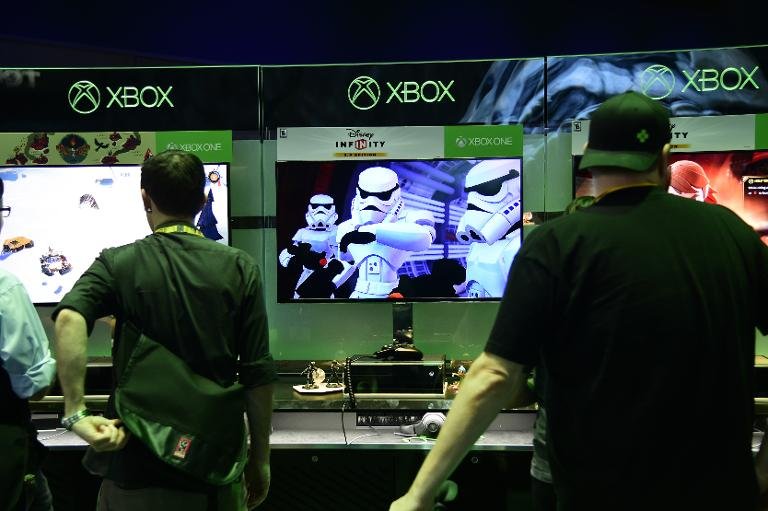 More than 52,000 people from 109 countries attended the Electronic Entertainment Expo (E3) trade gathering in Los Angeles where blockbuster console games were stars and virtual reality gear got ready in the wings.

“I ve been impressed by the quality of the presentations and strong line-ups of content,” Sony Computer Entertainment chief Andrew House told AFP at E3.

“I like to think the industry has got a spring back in its step.” The E3 show floor spanned the Los Angeles Convention Center, with some 300 exhibitors showing off more games, accessories and related offerings, according to the Entertainment Software Association, which organizes the annual event. “E3 demonstrated both the remarkable transformation of entertainment taking place on all video game platforms-virtual reality, augmented reality, hardware, mobile and handheld-and awesome games,” said association president Michael Gallagher. E3 buzz on social media trumped anything seen in the past, with 6.3 million tweets on Twitter tagged to the gathering and 7.5 million  likes  racked up by E3 related posts at Instagram, the ESA boasted. “I love that there is a lot to attract new people to the industry,” said Yves Guillemot, chief of French video game powerhouse Ubisoft. “It is a really mature industry with a lot of creativity. It shows that the potential to grow is really high.”

Video game broadcasting platform Twitch reported that, at times, a half million viewers watched E3 press conferences. More than a million E3-related videos were posted to YouTube. YouTube waded confidently into turf dominated by Amazon-owned Twitch, with a service tailored for the hot trend of videogames as spectator sport. The globally popular online video-sharing service provided industry insiders an early look at YouTube Gaming at E3. “Having a destination where you can get all the gaming content you care about is really important,” YouTube head of gaming partnerships Ryan Wyatt told AFP as he demonstrated the soon-to-be-launched venue for live or on-demand video focused on gaming. “That is why we created this.” The online arena for video game channels incorporates the search smarts of Google, which owns YouTube, to present fresh or must-see content from streaming live play and comic commentary. YouTube Gaming will debut in Britain and the United States in the coming months, featuring on-demand video as well aslive broadcasting of games being played. Trailers and live-play from hotly-anticipated console games set for release in the coming year played out on giant over head screens on the show floor, grabbing attention from throngs of people below. Glimpses of the future could be spotted throughout the show floor in the form of games and gear designed to immerse players in virtual worlds. Facebook-owned virtual-reality company Oculus showed off games being crafted by independent developers, along with  Touch  controllers it is creating to give people virtual hands they can use in fantasy worlds. Sony likewise enticed E3 attendees with its Project Morpheus virtual reality head gear. “Virtual reality is coming around,” Guillemot told AFP. “Next year, people will be surprised by what is at E3; there could be experiences that stay in people s minds for quite a while.”

Oculus and Sony are both aiming to release their virtual reality head gear next year, pricing details have yet to be disclosed. Enhanced capabilities of new-generation Xbox One and PlayStation 4 consoles, along with the promise of virtual reality, were credited with giving the video game industry renewed life. The upbeat E3 extravaganza came after several years of worry that trends toward casual play on smartphones or tablets meant blockbuster console games were doomed. “It was not deserved for people to say this business was going to disappear,” said Guillemot. “It was a bit tough on our industry. The innovation was in mobile, now it is back in console.”

Seven killed as Bus Plunges into Ditch in Rawalakot