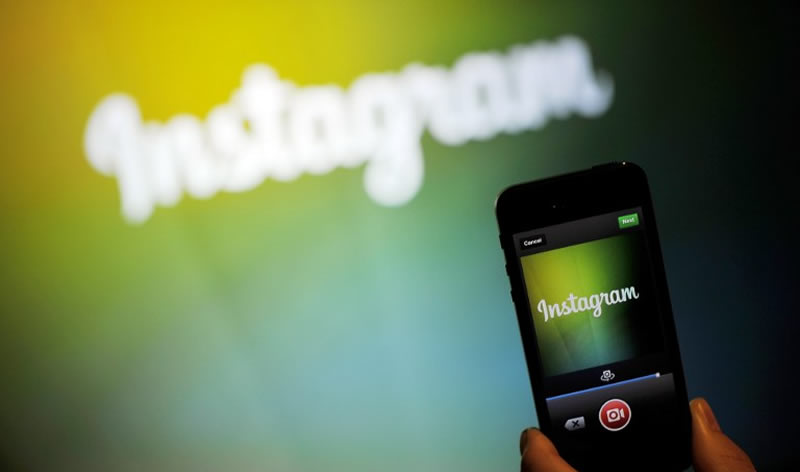 Instagram has rocketed past the 400-million-user mark, with more than 80 million pictures shared daily at the Facebook-owned service. The number of people sharing pictures and videos each month using Instagram soared from 300 million at the start of this year and tops the number of people using Twitter monthly by nearly 100 million.

“While milestones like this are important, what really excites us is the way that visual communication makes the world feel a little bit smaller to every one of us,” Instagram said in a blog post.

“Instagrammers continue to capture incredible photos and videos from all corners of the Earth (and even the solar system).” More than half of the last 100 million people to join Instagram live in Europe or Asia, with Brazil, Japan, and Indonesia seeing the strongest growth, according to the service. The list of high-profile new Instagram users who quickly won legions of followers included David Beckham, Caitlyn Jenner and footballer Toni Kroos. Earlier this month, Instagram unveiled plans to expand its offerings to advertisers, opening up possibilities for global marketing efforts on the photo-sharing network. The expansion is intended to allow advertisers to launch global campaigns in a variety of formats including video ads of up to 30 seconds. Instagram, which was acquired by Facebook in 2012, has had only limited advertising opportunities up to now. In 2013, it began with a small number of “sponsored” posts by well-known brands such as Michael Kors and Adidas.

The new system could help Instagram generate considerably more revenue. Instagram also introduced a service called Marquee, a “premium” advertising product aimed at driving mass awareness in a short time-frame for events like movie premieres and new product launches. Industry tracker e Marketer estimates that Instagram’s worldwide ad revenue this year will grow rapidly, hitting $600 million. Instagram is seen as a potential growth segment for Facebook, which has nearly 1.5 billion users. Last month, Instagram broke its square mold with an update that adds portrait and landscape formats to the image-sharing smartphone application, which also opened up new possibilities for advertisers. Meanwhile, Twitter continues to search for a new leader since Dick Costolo announced on June 12 he was stepping down, with co-founder Jack Dorsey holding the job on an interim basis since July 1. The unusually long search has some investors and analysts worried over the future of Twitter, which has failed to ignite the kind of growth that many had anticipated when it launched its public offering in 2013. –AFP