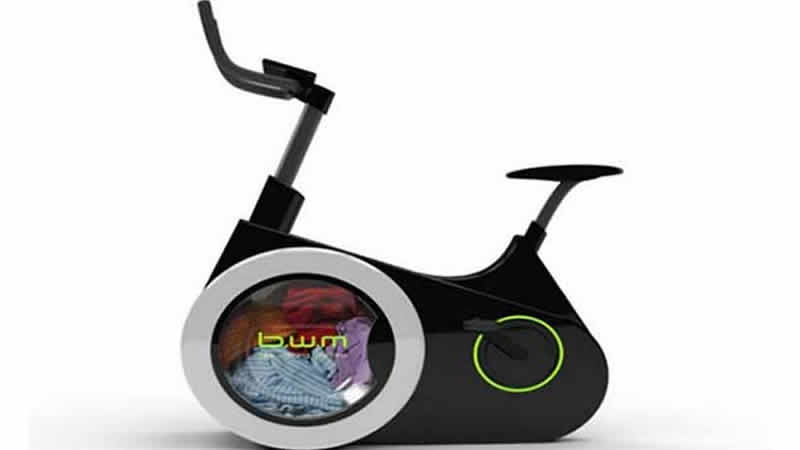 but Chinese designers have developed a washing machine so cyclists can clean clothes while exercising.

A group of students at the Dalian Nationalities University in China have worked out a quirky concept, imagining a stationary bike that doubles as a washing machine to help users clean their clothes and do exercise at the same time, the Xinhua news agency reported.

“When you ride this bike, the pedaling motion causes the drum of the washing machine to rotate,” the students wrote on the design site Tuvie. “At the same time, superfluous electricity is generated, which can be used to power the display screen or stored for future use.”

It’s unclear that when the idea of BWM, which is short for Bike Washing Machine, was first posted online, but it attracted media attention recently. This concept actually revitalizes hopes for people who prefer multi-tasking. However, it’s just a design concept now and there is no production plans are tabled. Also the student designers have not hinted any further plans.