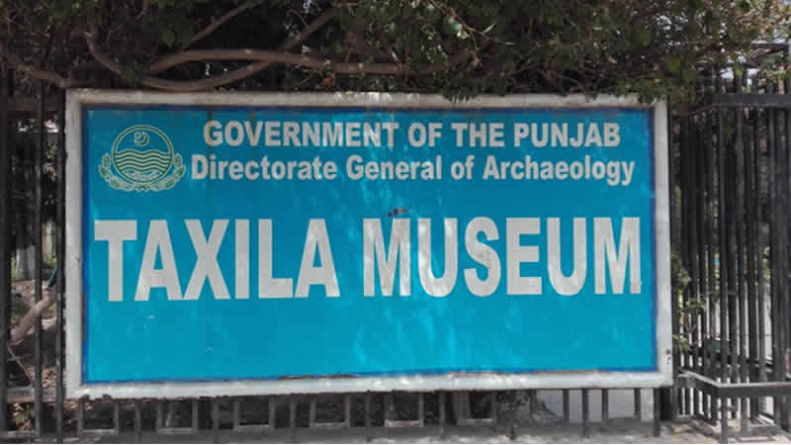 Taxila is an ancient City lying towards the north-west where the Civilization of Gandhara existed at one time. Three main religions were there at that time, Hinduism, Buddhism and Jain religion. Evidences of Gandhara name are found in the books of Iranian King Darius. With the help of these writings it came to know that the Gandhara was the seventh 7th Province of Iranian Saltant.  This City has a widespread history. It was smashed and reconstructed four times (according to Bharmawand Sir Jan). Its first population is related to 500BC and on the other hand next population is related to Greeks Era. Some precious old things are found under the buildings of that era, these things represent their culture.  Gandhara was ruled by Greek Rulers for twenty (20) years.
It was ruled by many other nations also. Some are:

Vicegerent of Sikandr e Azam, under the agreement, handed over Gandhara to Chandar Gupt Mauryan.
He was the first Ruler of the Sub Continent who occupied Gandhara and made those people free from the enslavement of Greek Rulers. Vicegerent of Sikandar e Azam, under the agreement, received five hundred (500) elephants and surrendered Makran, Baluchistan, Kabul, Herat, Kandahar to Chandar Gupt Mauryan.

Archaeological Map is given outside the Museum to guide the visitors/tourists. We have always heard Taxila an important archaeological site, it is famous for its stone work. With their art of stone work they settled a Museum which is now famous as Taxila Museum, where adorable collections of Gandhara Art are found. The construction of this entrancing building was started in 1918 and came to an end in 1928. This precious building took 10 (ten) years in completion, containing the remains of old civilization, wonderful collections of their time and displays.

There is really a striking image of Dancing Girl in Jewelry Room of Taxila Museum. Many people are impressed by this Dancing Lady of Gandhara Civilization. There are about 4000 objects displayed at museum, which are of the age 500BC to 600BC. There are two dozen Buddhist Stupas can be found by people.

These Stupas are in the same condition as they were discovered during the digging process; just some are repaired to give the touch of reality. Two appealing gardens are also well-maintained by the team of Museum. They are attached with the Museum’s building. These two attached gardens are for the enjoyment of visitors, to relax and appreciate the natural environment. This Taxila Museum is a well display of Gandhara Civilization. It is the best place to know the riveting history of the civilization of that time.