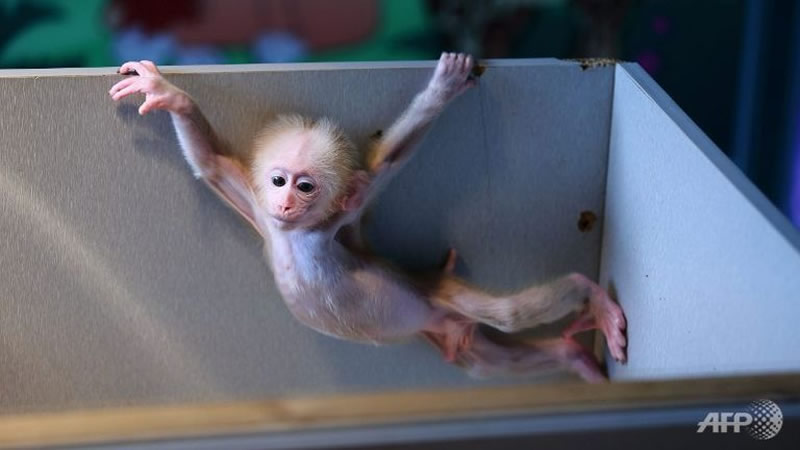 A Japanese zoo said Thursday it is rethinking the name of a baby monkey after a public poll decided on “Charlotte”, following complaints it was disrespectful to Britain’s newborn princess. Mt. Takasaki Wild Monkey Park announced the name Wednesday after it came top in a vote, a tradition at the zoo for the first macaque monkey born each year. “The name was publicly solicited and Charlotte suddenly became the most popular choice — with 59 votes out of the total 853 — after the British baby princess’s name was announced,” a zoo official told AFP. “There was no vote for ‘Charlotte’ before the Monday night announcement,” he said. Princess Charlotte Elizabeth Diana was born in London to Prince William and his wife Kate last week, a younger sister to Prince George, who is in line to inherit the British throne.

“Since we announced the name we’ve been receiving calls and emails from people mostly complaining that it is rude to British people” to give a monkey the same name as a member of their royal family, the zoo official said. “This morning a TV commentator said he thinks it is alright, but most voices are against the idea,” he added. Kyodo News reported complainants had asked how people in Japan here would react if a British zoo were to name an animal after a member of Japan’s revered imperial family.

The zoo in southwestern Oita, on the island of Kyushu, is discussing what to do, the official said, adding they were considering the option of renaming the baby monkey. Princess Charlotte’s birth caused an outbreak of patriotic fervour in Britain, where the press and public lauded her names, seen as a triple homage to her grandfather Prince Charles, great-grandmother Queen Elizabeth II and William’s late mother Diana.

Britain’s royals are immensely popular in Japan, where their easy familiarity with the public stands in marked contrast to the austere image of the country’s own imperial clan. A recent visit by Prince William — who left heavily pregnant Kate at home — was followed in minute detail by Japan’s media, which revelled in the chance to show pictures of him dressed as a samurai lord. – AFP