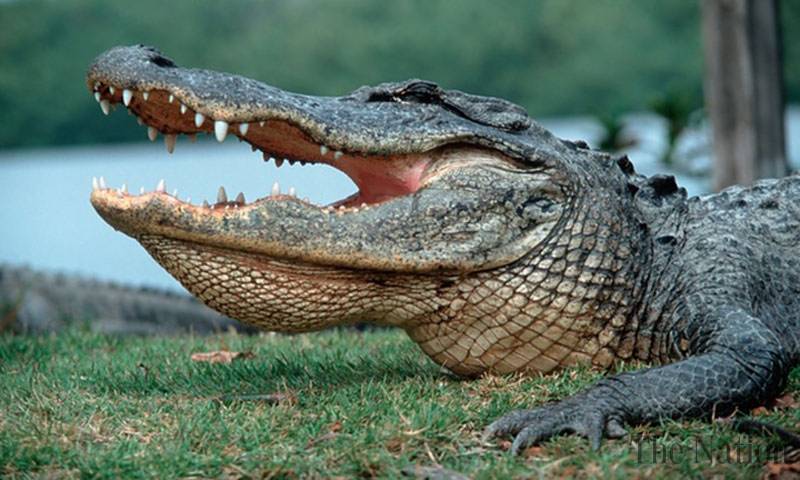 An alligator has attacked and killed a Texas man who ignored warnings about the reptile and went for a late night swim in a creek, US media reported.

The body of Tommy Woodward, 28, was found Friday, floating a half mile (800 meters) from the bayou in southeast Texas where he was last seen swimming, according the USA Today newspaper and other outlets.

Woodward went swimming with a companion at around 2:30 am Friday when the pair spotted an 11-foot-long gator. Judge Rodney Price told local news channel KFDM that the man had ignored signs about alligators in the water. He “made the ill-considered decision to go into the water,” Price said. “Someone shouted a warning, and he said ‘blank the alligators,’ and thereupon jumped into the water and almost immediately yelled for help.” A witness who came running when she heard screams said she saw the huge reptile attack Woodward. “I asked him please do not go swimming, there’s a bigger alligator out here, please stay out of the water,” a tearful Michelle Wright told local news television station KFDM.  “The next thing I know, this girl is screaming: ‘An alligator has got him, an alligator has got him.'”

A moment later, Wright said she saw the man’s body face down on the surface of the water. “He’s up there for a couple seconds and then he gets dragged back down and pulled off. And then he comes back up, still face down, and then he gets pulled down again, and then he just disappears,” she said. Woodward’s body later was found with puncture wounds to his upper chest and left arm. Police said an autopsy is pending. News reports said people in the area, including small children, regularly swim in the bayou. The owner of a nearby restaurant said she posted a sign reading “No Swimming – Alligators” after a large gator was spotted in waters off a marina near her establishment, but the sign went unheeded on Friday.  I mean, kids are out here swimming in the bayou every day with three or four footers,” police Captain Robert Enmon said. (AFP)

Nawaz, Modi to Meet in Russia on July 10

Nawaz, Modi to Meet in Russia on July 10