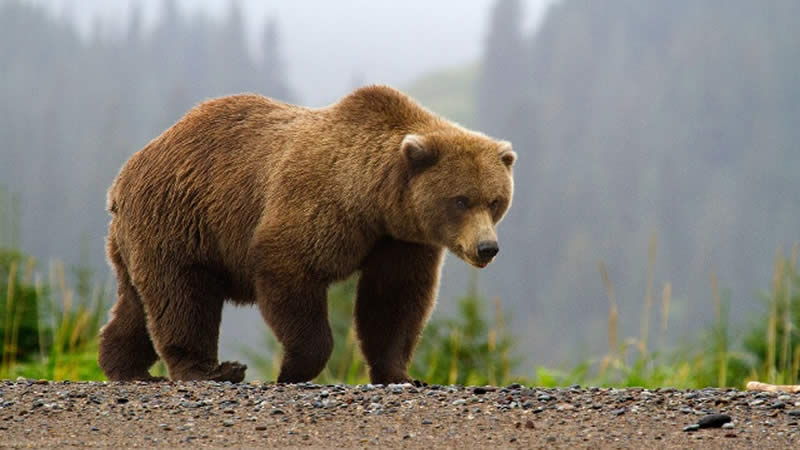 A man in a full-body bear costume approached a grizzly and her two cubs in front of shocked spectators by a river in Alaska, before a state Fish and Game worker scared away the animals to stop anyone being hurt, an official said on Friday.

Wearing the realistic outfit, the man at one point came within 10 feet (3 meters) of the cubs during the strange and dangerous encounter near Haines on Monday, said Carl Koch, an assistant area biologist with the Alaska Department of Fish and Game.

It was not clear what led the unidentified individual to put on the costume, which included a head, and get close to the bears. “As you can imagine, that’s a really dangerous thing for the guy to do,” Koch said. Spectators were standing at a safe distance and watching the grizzly and her cubs at a weir, which is a barrier on a river, Koch said. People often go to the location on the Chilkoot River to see bears feeding on fish. Suddenly, the man in the bear outfit appeared, startling some of the spectators who feared he was a real predator, said Koch, who did not know whether the costumed man was walking on all fours or two feet.

A Fish and Game technician who was posted at the weir to count fish immediately realized it was a man wearing a costume, Koch said. As the individual approached the cubs, Koch said, the technician became concerned that the mother bear could feel her young were threatened and might attack, so he yelled at the animals to get them to move away. The man in the bear costume got into a car and left without explaining his actions, Koch said. The incident is under investigation.“Those bears see people all the time, but it’s still a very dangerous move,” Koch said. (Reuters)