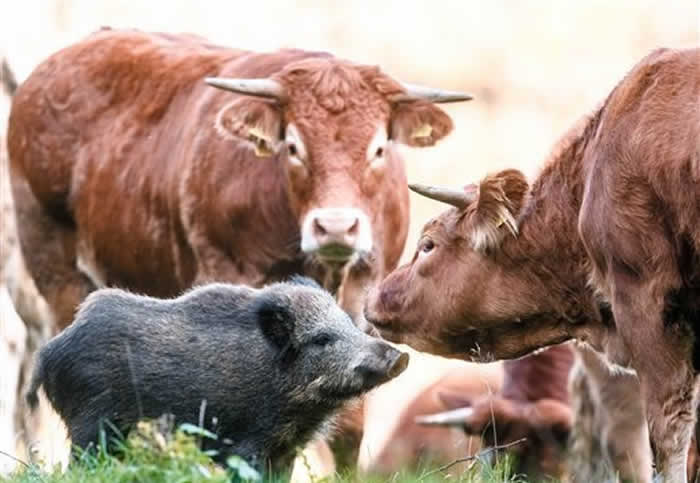 A wild pig in Germany has decided to give up its “boaring” life — leaving the forest to live with a small herd of cattle.

Farmer Dirk Reese told the dpa news agency Monday the boar, which he nicknamed “Banana,” has been living with the eight cattle for more than two months on his property north of Hamburg, not far from the Danish border.

Reese says Banana has achieved something of a celebrity status in the area, so he s not worried that the boar s life in an open pasture might make it easy prey for a local hunter.

He says that “this pig has a special status.”Reese says Banana has been effectively adopted by the cattle — “He s fully integrated into the herd, which is fascinating.”