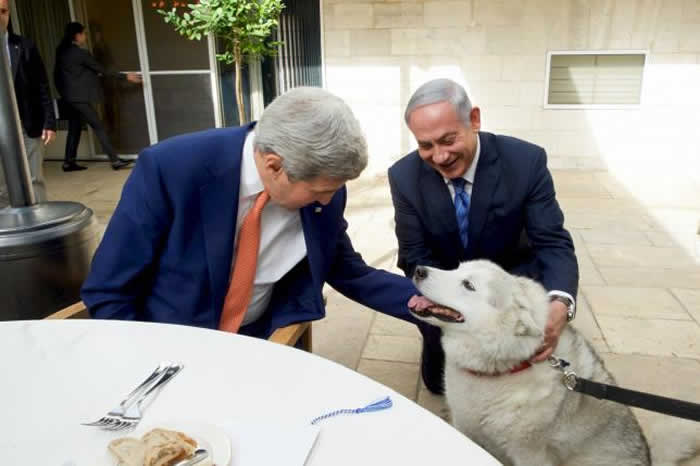 Israeli Prime Minister Benjamin Netanyahu said on Friday his family had put its dog in quarantine after she made headlines by biting two guests at a Jewish religious event they had hosted.

“We were compelled, with sorrow, to put Kaiya into quarantine, as required by law,” Netanyahu said on Facebook.

He added that he had found unspecified flaws in the conditions for canine custody in Israel that he wanted legislation to fix. The post did not say what fate might await the 10-year-old mixed breed, which was taken in by one of Netanyahu’s sons from a rescue home earlier this year.

Kaiya bit the husband of Israel’s deputy foreign minister and a lawmaker, both from Netanyahu’s Likud party, at a Hannuka candle-lighting on Wednesday. The latter victim dismissed the incident as “trivial”. Israel’s Channel 10 TV said Netanyahu was himself also bitten by the dog that evening – an account his spokesmen could not be reached to confirm. –Reuters