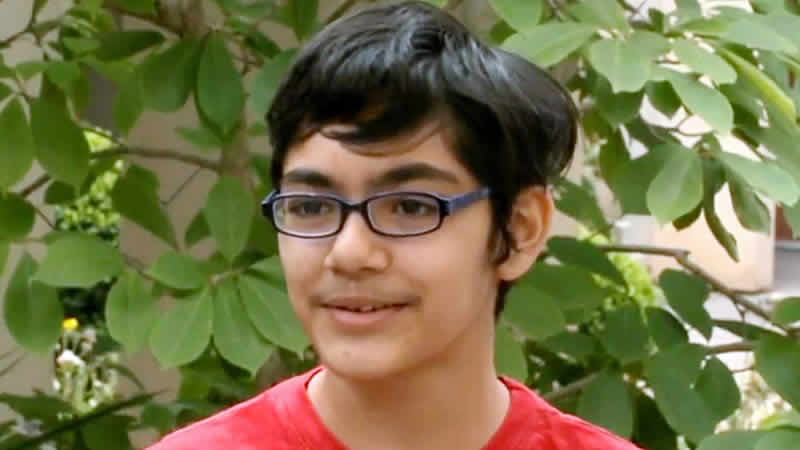 A 12-year-old Sacramento student who already has three community college degrees and has been accepted to two University of California campuses says he plans on studying biomedical engineering and becoming a doctor and medical researcher by the time he turns 18.

Tanishq Abraham has been accepted to UC Davis and received a regents scholarship to UC Santa Cruz, but he has yet to decide which university he’ll attend, reported Sacramento television station CBS 13 Sunday. I think I’ll be 18 when I get my M.D.,” he said. Tanishq started community college at age 7 and last year he received associate’s degrees from American River College, a community college in Sacramento, in general science; math and physical science; and foreign language studies.

Professors at the college didn’t initially want him in their classes because of his age. But finally a professor agreed to let him attend if his mother, a doctor of veterinary medicine, also took the class. “There were times when I had to explain general relativity and special relativity to my mom,” he said. Biology professor Marlene Martinez said he was never afraid to ask lot of questions. “In lecture he would always pop up with ‘so, does that mean  or ‘what about this?’ Martinez said.

Tanishq, who joined the IQ society Mensa at only 4 years old, has always picked up knowledge quickly, his father, Bijou Abraham, told NBC News. We tested him and discovered that he was pretty smart,” he said. “We were surprised when we started giving him advanced stuff and he was picking it up really fast.” Tanishq says child geniuses are often seen as odd. “When you think of a genius, you think of a mad scientist kind of thing,” he said. But he pointed out he’s just an ordinary kid who likes learning and microscopes but also playing video games. “I just think learning is fun,” Tanishq said.