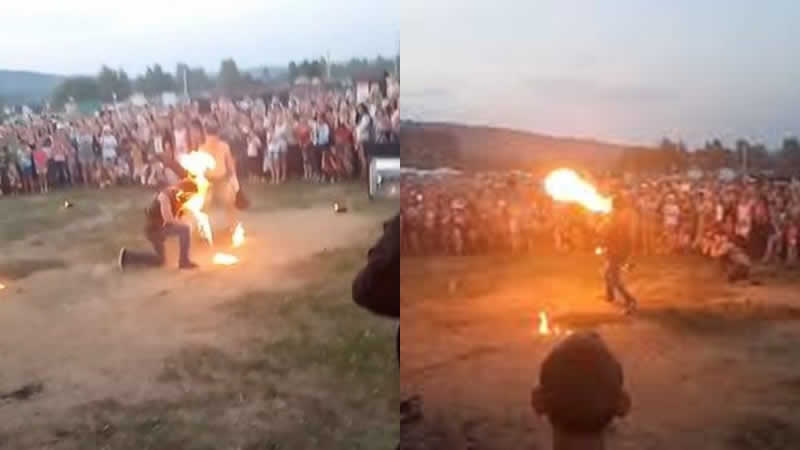 A fire breather set his own face on fire in an attempt to perform a daredevil stunt. He was to perform in front of a massive crowd during a fun festival in Russia city Kemerovo.

The performer lit fire on his face and started screaming for mercy. The video shows people, especially women, in the crowd shouting for help. He had flames all across his face and the fire had set within a few moments as his stunt started.

As soon as the man accidentally set himself on fire, a few boys and girls came quickly for help. Two boys tried to extinguish the fire using their jackets. A girl also stepped up and tried to assist by spilling water from her bottle.

The guy was immediately admitted to a nearby hospital for medical assistance. The YouTube video of the incident has received millions of views till now. People suggested that such stunts and daredevil acts should be performed only after ample preparation.