Verdict for 2 Americans in Iran within a week 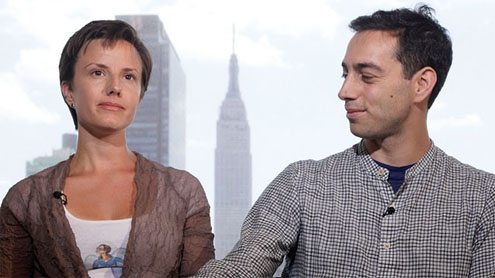 Iran: The lawyer for two Americans jailed in Iran on charges of espionage said Sunday the court will announce its verdict within a week, dashing hopes for their immediate release after a final hearing in the case.Shane Bauer and Josh Fattal have been held in Iran’s Evin Prison since shortly after their arrest along the border with Iraq exactly two years ago on Sunday. The case has added to tensions between the United States and Iran that were already high over issues like Tehran’s disputed nuclear program.

The Americans’ lawyer, Masoud Shafiei, had hoped the Sunday’s final court session would result in their immediate release because it coincided with the two-year anniversary of their arrest and came near the start this week of the holy Muslim month of Ramadan, when pardons are traditionally handed down.Shafiei said he and the two Americans presented closing arguments in their defense and the court announced the end of its hearings.“The judge said the court will announce its verdict about my clients within one week,” Shafiei told The Associated Press.

He said he was still hopeful that, if found guilty, they would be sentenced to time already served and released.Bauer’s fiance, Sarah Shourd, was arrested with them on July 31, 2009, but was released last year on $500,000 bail. She did not return to Iran for the rest of the trial, but Shafiei said he delivered a defense for her as well on Sunday.The Americans deny the charges and say they were only hiking in a scenic and largely peaceful area of northern Iraq near the Iranian border. While other parts of Iraq remain troubled by violence, the semiautonomous Kurdistan region has drawn tourists in recent years, including foreign visitors, to its scenic mountains.

In a telephone interview on Saturday, Shafiei had expressed hope that Bauer and Fattal could be swiftly freed. One positive sign, he said, was that Shourd had not been summoned to appear for the final session.Shafiei suggested the court could convict the two but then sentence them to time served.“They’ve spent two years of their life in jail in Iran, which will serve as their sentence,” he said on Saturday.

Shafiei insisted the authorities have no evidence to prove espionage, and he pointed out the area where they were detained has a porous border.“The espionage charge is irrelevant, and the charge of illegal entry is inconsistent with the facts. There was no clear border line and my clients are not guilty. I’ve provided a sufficient defense,” he said.

The U.S. government has appealed for the two men to be released, insisting that they have done nothing wrong. The two countries have no direct diplomatic relations, so Washington has been relying on an interests section at the Swiss Embassy in Tehran to follow the case.U.S. State Department spokesman Mark Toner, speaking to reporters in Washington on Friday, said that two years after their arrest, the Americans’ case remains a point of serious concern.“We are in regular contact with the family, we are in regular contact with our Swiss protecting power there,” Toner said. “And their situation remains a matter of utmost concern for the United States and we hope that it reaches a positive conclusion.” – Khaleejnews

Have a healthy Ramadan