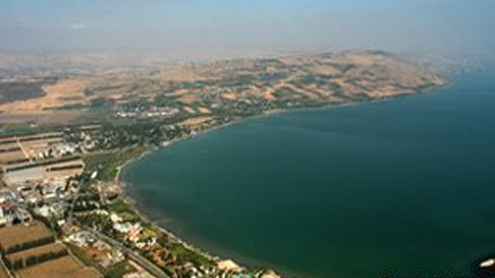 A Republican congressman has apologised after it emerged he went skinny-dipping last year in the Sea of Galilee while on a fact-finding trip to Israel.

About 20 US politicians and staff went for an unplanned swim after an evening of food and drink, according to the newspaper Politico. But Kansas Representative Kevin Yoder, 36, was reportedly the only one to remove all his clothes. The Sea of Galilee is where the Bible says Jesus Christ walked on water. According to Israeli police spokesman Micky Rosenfeld, swimming in the lake is permitted, but public nudity is not allowed.

“I feel incredibly remorseful that I have caused embarrassment to my constituents and I have caused folks who believe in me to be disappointed,” Mr Yoder told the Kansas City Star newspaper on Sunday night. “The gravity of the situation and the actions I’ve taken are not lost on me, and I feel certainly regret at what has occurred, and I just want to apologize to my constituents for a momentary lapse in judgment.” Mr Yoder added that it had been dark and he jumped into the water thinking nobody could see him.

According to the congressman, he was in the water for only about 10 seconds. The trip was sponsored by the American Israel Education Foundation, which is affiliated with Aipac, the pro-Israel lobby group.  The visit took place from 13 to 21 August 2011 and reportedly cost the foundation more than $10,000 (£6,340) per person. House Majority Leader Eric Cantor, a Republican from Virginia, was on the same visit but did not go swimming. The next day he is said to have rebuked the group when he found out about the incident.-BBC