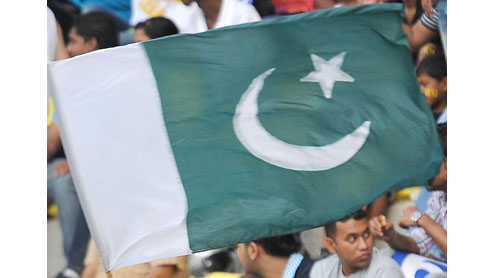 ABU DHABI: Pakistan expects that strong double-digit growth in remittances from Gulf region will help achieve its overall target of $15 billion in the current fiscal year 2012-13.

Remittances from Gulf Cooperation Council GCC states to Pakistan may hit $10 billion in current fiscal year as the government is confident of having positive results from fresh measures it announced to boost inflows from UAE and Saudi Arabia. Overseas Pakistanis residing in GCC countries sent home a record $8 billion in remittances in financial year 2011-12, reflecting 60.77% share in total remittances of $13.18 billion. About four million overseas Pakistanis residing in Gulf States remitted $6.573 billion in fiscal year 2010-11.

“Pakistan has been witnessing a growing surge in remittances since present democratic government took over in 2008. From mere $6.4 billion remittances in 2008, fiscal year 2011-12 saw record remittances of $13.18 billion. Hopefully, we expect to achieve $15 billion remittances target for the year 2012-13,” Pakistan Ambassador to the UAE Jamil Ahmed Khan told Khaleej Times.

The said increase is attributable to use of official channels, good currency exchange rate and above all, confidence of Pakistani community in measures taken by this embassy with support of Government of Pakistan,” ambassador said. “I may also like to especially mention excellent infrastructure developed by UAE government and foreign exchange companies to help smoothen remittances process,” he added.Remittances from UAE are expected to cross $3 billion mark for first time during current financial year 2012-13 as 1.2 million expatriates in the country continued to send record money back home through official channels. They sent a record $2.84 billion in 2011-12, $2.597 billion in 2010-11 and $2.038 billion in fiscal year 2009-10.

Remittances witnessed 17.67% annual growth in last fiscal year inviting attention of economic managers to exploit opportunity for enhancing remittances to the maximum.”The issue of facilitation and support to Pakistani community has always been my top priority while being an Ambassador of Pakistan in the UAE. I have introduced certain initiatives to encourage use of official/ banking channels while sending remittances,” Jamil Khan said.