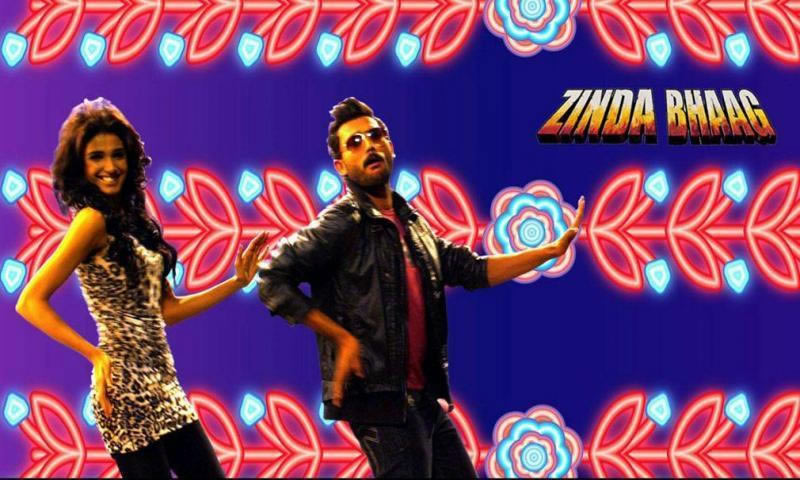 Critically acclaimed Pakistani film ‘Zinda Bhaag’ has added another feather to its cap by winning the student jury award at the Festival du Film d’Asie du Sud Transgressif (FFAST) in Paris this past week, says a press statement. The film has won 13 awards previously in Canada, India and Pakistan including Best film at the Lux Style and ARY awards in Pakistan. Praising the film, the spokesperson for the jury Loïc Reder said, “ I work a lot with migrants coming to Europe and I think that even if this movie is set in Pakistan, the situation is quite similar in other parts of the world and added to that we also liked to see in the film something different about Pakistan.” The directors of the film Meenu and Farjad were extremely glad to hear the news and said: “Usually students and young people are a hard lot to please so we’re happy that we were selected by a jury of students.” Farjad Nabi was present at the festival in Paris along with other filmmakers like Anurag Kashyap whose ‘Ugly’ also was screened at the festival. The Indian film ‘Titli’ , which received good reviews at Cannes last year, won the main Jury Award at the festival.

The two-day Final Thesis Jury of the Department of Film & TV, National College of Arts, Lahore was held on Feb 11 at the Royal Palm Golf &Country Club cinema. The jury panel comprised Nabeel Qureshi, Sajjad Gul, Ijaz Durrani, Nadeem Mandviwala and Salman Shahid. The jury was attended by observers of the film industry and academia. Rachel Chen, the Public Affairs Officer of the US Consulate, Lahore, and Jamal-ud-Din Ghazanfer from the US Consulate, Lahore specially attended the jury as the Department of Film & TV has been selected by the US Embassy Islamabad for “University Partnership Program” with one of the renowned universities of the United States. NCA Principal Prof Dr Murtaza Jafri was also present on the first day of the jury. He welcomed the jurors and observers. The head of Department of Film & TV, Majid Saeed Khan, introduced the faculty and staff and greeted the jury.

The students’ work covered a wide variety of subjects and was highly appreciated by the jurors. The Punjabi Adabi Board on Saturday hosted a high tea at a local hotel in the honour of Lahore Press Club body seeking journalists support for the cause of mother tongue. Coordinator Punjabi Adabi Board Amjad Saleem told Dawn that the board was celebrating Mother Tongue Day on Feb 21 for which it had broad-based meetings across Punjab, including with civil society sectors such as lawyers, journalists, intellectuals , labour leaders and artists. Mr Saleem said journalists had promised to support the cause of mother tongue on Feb 21. The board meeting was presided over by Mushtaq Soofi while General Secretary Parveen Malik was also present on the occasion. He said on Feb 21 a large number of people from all over Punjab would gather at Nasser Bagh, Lahore. There would be speeches, dialogues and cultural activity at the single-day gathering at Nasser Bagh. A rally would also be taken out from Nasser Bagh to Punjab Assembly.