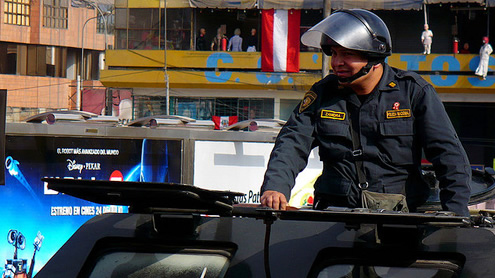 LIMA, Peru — Peruvian prosecutors say five people have been arrested on suspicion of human trafficking in police raids on brothels that rescued 293 women in a jungle region rife with illegal gold-mining. Police say the women were rescued from sexual slavery in the Amazon state of Madre de Dios. The weekend raids were on 60 houses of prostitution and involved more than 400 officers.

Local prosecutor Fernando de Santa Maria says that of the 293 women, at least were five minors, the youngest age 13. Thousands of fortune-seekers have flooded into Madre de Dios in a gold rush that is destroying rain forest and contaminating the environment with tons of mercury, which used in processing the gold. – Yahoonews