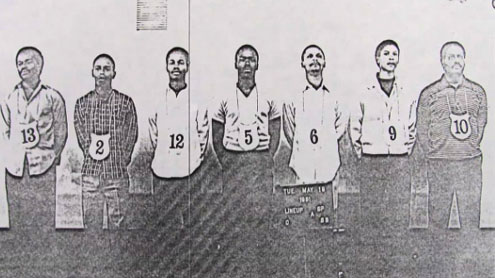 FBI to review use of forensic evidence

The Justice Department and the FBI have launched a review of thousands of criminal cases to determine whether any defendants were wrongly convicted or deserve a new trial because of flawed forensic evidence, officials said Tuesday.

The undertaking is the largest post-conviction review ever done by the FBI. It will include cases conducted by all FBI Laboratory hair and fiber examiners since at least 1985 and may reach earlier if records are available, people familiar with the process said. Such FBI examinations have taken place in federal and local cases across the country, often in violent crimes, such as rape, murder and robbery.
The review comes after The Washington Post reported in April that Justice Department officials had known for years that flawed forensic work might have led to the convictions of potentially innocent people but had not performed a thorough review of the cases. In addition, prosecutors did not notify defendants or their attorneys even in many cases they knew were troubled.

On Tuesday, the Justice Department announced that it will conduct the more expansive review.“The Department and the FBI are in the process of identifying historical cases for review where a microscopic hair examination conducted by the FBI was among the evidence in a case that resulted in a conviction,” spokeswoman Nanda Chitre said in a statement. “We have dedicated considerable time and resources to addressing these issues, with the goal of reaching final determinations in the coming months.”

FBI spokeswoman Ann Todd deferred comment to the Justice Department.In its April report, The Post identified two District men convicted largely on the testimony of FBI hair analysts who wrongly placed them at crime scenes. Santae A. Tribble, now 51, was convicted of killing a taxi driver in 1978, and Kirk L. Odom, now 49, was convicted of a sexual assault in 1981. Since the Post report, Tribble’s conviction was vacated, and on Tuesday, prosecutors moved to overturn Odom’s conviction and declare him innocent. The Justice Department had not previously reviewed their cases.

Chitre said the new review would include help from the Innocence Project, a New York-based advocacy group for people seeking exoneration through DNA testing. It also would include the National Association of Criminal Defense Lawyers.Steven D. Benjamin, a Richmond lawyer who is incoming president of the association, called the review “an important collaboration” and a departure from one-sided government reviews that left defendants in the dark.

“Mistakes were made. What is important now is our working together to correct those mistakes,” Benjamin said, adding that his organization will “fully assist in finding and notifying all those who may have been affected.”The review comes as the National Academy of Sciences is urging the White House and Congress to remove crime labs from police and prosecutors’ control, or at least to strengthen the science and standards underpinning the nation’s forensic science system. – WP

Tags: FBI to review use of forensic evidence
Previous Post