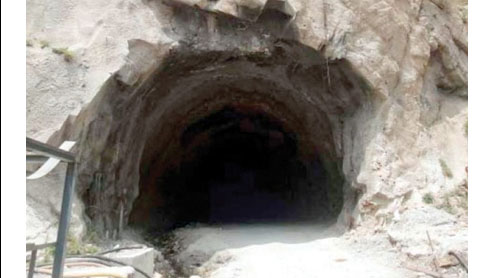 NEW DELHI: India will soon take up the uncovering of a cross-border tunnel in Samba sector of Jammu and Kashmir with higher authorities in Pakistan.

Though the BSF lodged a strong protest with its Pakistani counterpart at a flag meeting on Tuesday, the matter would be escalated via diplomatic channel with details of the findings.”It is a matter of concern. It is being discussed at the highest levels between ministry of home affairs, ministry of defence and ministry of external affairs. An appropriate response, an appropriate way will be found to take it up with Pakistan,” home minister P Chidambaram said.Complimenting the security forces for the detection, he said a similar tunnel was found sometime ago along the border.

The BSF had on July 28 detected the 400-meter-long tunnel after an area caved-in in a straight line at some places due to rains near fencing along the International Border (IB).The tunnel had been dug up between two sides along the IB on India’s Chillayari border outpost (BoP) and Pakistan’s Lumberiyal BoP. It is believed that the tunnel was dug up for infiltration and smuggling. The area had also seen such tunnels during peak of militancy in Jammu and Kashmir.

The tunnel, having 3×3 ft dimension, was detected at a depth of 25 ft below the ground level. The tunnel is equipped with a two-inch pipe for air supply.The BSF, which raised the issue with Pakistan Rangers and handed over a strong protest note with pictorial evidence at a flag meeting at Octroi BoP along the IB in R S Pura sector of Jammu on Tuesday, has also sought help from the Army, the Geological Survey of India, the ISRO and other allied agencies for uncovering the remaining portion of the tunnel.

“These agencies will conduct further digging to find out the extension and opening of the tunnel,” said an official here, adding the ISRO would also help these agencies with satellite imagery.He said that the border guarding force and other security agencies, including state police, had been asked to look for any other such tunnel, if any, along the border.Villagers have also been alerted. They have been asked to inform the BSF or local police if they come across any similar ground construction in the area. – TOI