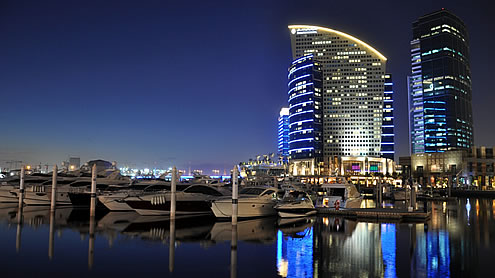 The International Festivals and Events Association (IFEA), the world’s leading events trade association, has crowned Dubai as “IFEA World Festival and Event City 2012” in the cities category with a population of more than one million.

This is the second time Dubai won the award that is expected to boost its Expo 2020 bid. Last year, the emirate won in the same category for the Middle East. Dedicating the award victory to His Highness Shaikh Mohammed bin Rashid Al Maktoum, Vice-President and Prime Minister of the UAE and Ruler of Dubai, Shaikh Ahmed bin Saeed Al Maktoum, Chairman and Chief Executive of Emirates Airline and Group and Chairman of the World Expo 2020 Dubai Candidate City Committee, who endorsed Dubai’s award bid, said: “In a matter of just decades, Dubai has transformed itself into one of the world’s leading destinations for leisure, tourism, business and trade. Festivals and events have been at the heart of this growth, thanks to the visionary leadership of His Highness Shaikh Mohammed, and a government that has invested in infrastructure, venues, attractions and festivals; working hand-in-hand with the private sector.

“It is significant and rewarding that our achievement as a city has now been officially recognised by leaders in the international events sector. The confidence in our city’s ability to deliver has never been stronger, and this is perhaps illustrated best by this year’s bid for Dubai as host city for Expo 2020. The IFEA award provides an additional fillip to our bid, and will further spur and unite our efforts,” he said.

Senior representatives from the Dubai Events and Promotions Establishment (DEPE), an agency of the Department of Economic Development, received the award on behalf of Dubai at a ceremony held in Denver, Colorado, USA. The DEPE, in collaboration with its strategic partners and its stakeholders from other Dubai government offices, spearheaded the entry process and submitted an exceptional application highlighting Dubai’s major events and festivals, their growth and success and their positive economic, cultural and social impact.

Sami Al Qamzi, Director-General of the Department of Economic Development, said: “Events and festivals are an integral part of Dubai’s economic success story —attracting regional and international visitors; creating employment; enhancing the city’s attractiveness as a place to live and do business; forging cultural capital and fostering community ties across our cosmopolitan city. The support for the sector from government, industry, local communities and visitors alike has contributed to Dubai’s success in attracting, creating and hosting events which has now firmly cemented our place on the world stage.” Laila Suhail, CEO of the DEPE, said: “The IFEA World Festival and Event City Award is a milestone in the evolution of Dubai’s events and festivals sector and the DEPE is truly honored to receive the award on behalf of Dubai.

“Over the years, we have worked closely with public and private organizations to develop, promote, facilitate and support Dubai’s retail and events sectors. Whether it is the annual anticipation created by the Dubai Shopping Festival or the finery and finesse of the world’s richest horse race at the Dubai World Cup; the cultural capital created through the Dubai International Film Festival, Art Dubai and Emirates Airline Festival of Literature; or the spectacle of the world’s tallest building Burj Khalifa illuminated with fireworks each New Year’s Eve;  the city has staked its claim not just as the regional leader in events but as a true global contender and ‘must visit’ destination for people from all corners of the globe,” she said.

The IFEA World Festival and Event City Award was designed and created as a way for the global festivals and events industry to openly encourage, support, learn from and recognise positive local environments for festivals and events worldwide. Steven Wood Schmader, President and CEO of the International Festivals and Events Association, said: “Dubai has discovered the spark that occurs when all of the many components of a city work together toward common goals. The brand of Dubai has grown quickly as the rest of the world begins to discover the many quality events and efforts going on there every day, and the leadership of Dubai and the Dubai Events and Promotions Establishment has done a great job of harnessing and maximising the assets and resources that they have the good fortune of having at their table. The IFEA has the real pleasure of recognising all that the city is, has and will continue to do.” The cities that have also won the World Festival and Event city award include London, Tabago, Sydney, Denver, with Dubai topping the list. – Khaleejtimes