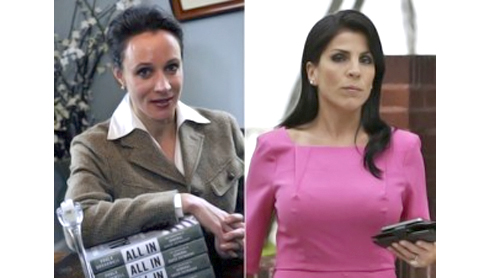 Kelley, a Florida socialite who sparked the Petraeus scandal, reportedly viewed the then-anonymous messages as “death threats” from someone “clearly unhinged,” according to an unnamed friend who spoke to the newspaper. Broadwell wrote she would “make [Kelley] go away” in one message.

“In other emails, Broadwell, a West Point graduate, touted her military background in a threatening manner and boasted of having ‘powerful’ friends,” the Daily News reported. Kelley was “scared for her life,” the friend claimed.News reports suggest Broadwell threatened Kelley because she may have believed Kelley posed a threat as a romantic rival to her relationship with Petraeus.

Petraeus resigned on Nov. 9, confessing to poor judgment with regard to the affair.Kelley faces scrutiny of her own for reportedly exchanging suggestive emails with Gen. John Allen, the U.S. top commander in Afghanistan. Allen has denied wrongdoing. – Yahoonews