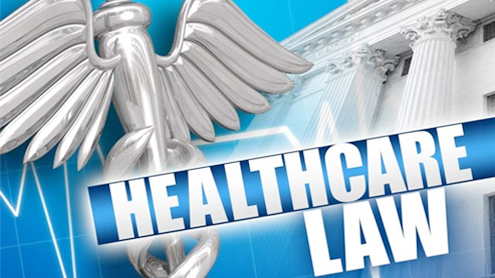 WASHINGTON: In a major concession to business groups, the Obama administration Tuesday unexpectedly announced a one-year delay, until after the 2014 elections, in a central requirement of the new health care law that many companies provide coverage for their workers or face fines.

The move sacrificed timely implementation of President Barack Obama’s signature legislation but may help the administration politically by blunting an election-year line of attack Republicans were planning to use. The employer requirements are among the most complex parts of the health care law, which is designed to expand coverage for uninsured Americans.

“We have heard concerns about the complexity of the requirements and the need for more time to implement them effectively,” Treasury Assistant Secretary Mark Mazur said in a blog post. “We have listened to your feedback and we are taking action.”Business groups were jubilant. “A pleasant surprise,” said Randy Johnson, senior vice president of the U.S. Chamber of Commerce. There was no inkling in advance of the administration’s action, he said.

“We commend the administration’s wise move,” said Neil Trautwein, a vice president of the National Retail Federation. It “will provide employers and businesses more time to update their health care coverage without threat of arbitrary punishment.”But the delay could also undermine the law’s main goal of covering the nearly 50 million Americans without health insurance. Already, Republican resistance in the states will deny access to a planned Medicaid expansion — at least for next year — to millions of low-income people.

Under the health law, companies with 50 or more workers must provide affordable coverage to their full-time employees or risk a series of escalating tax penalties if just one worker ends up getting government-subsidized insurance. Originally, that requirement was supposed to take effect Jan. 1. It will now be delayed to 2015.Most medium-sized and large businesses already offer health insurance and the requirement was expected to have the biggest consequences for major chain hotels, restaurants and retail stores that employ many low-wage workers. Some had threatened to cut workers’ hours, and others said they were putting off hiring.

Business groups complained since the law passed that the provision was too complicated. For instance, the law created a new definition of full-time workers, those putting in 30 hours or more. It also included two separate requirements, one to provide coverage and another that coverage be deemed “affordable” under the law. Violations of either one exposed employers to fines. But such complaints until now seemed to be going unheeded.There is no coverage mandate — or penalty — for smaller businesses. Also, for businesses of any size, there is no penalty if their workers are poor enough to be eligible for Medicaid.

The delay in the employer requirement does not affect the law’s requirement that individuals carry health insurance starting next year or face fines. That so-called individual mandate was challenged all the way to the Supreme Court, which ruled last year that the individual requirement was constitutional, since the penalty would be collected by the Internal Revenue Service and amounted to a tax.Tuesday’s action — announced while Obama was traveling back to Washington from his trip to Africa — is sure to anger liberals and labor groups. But it could provide cover for Democratic candidates in next year’s congressional elections.

The move undercuts Republican efforts to make the overhaul and the costs associated with new requirements a major issue in congressional races. Democrats are defending 21 Senate seats to the Republicans’ 14, and the GOP had already started to excoriate Senate Democrats who had voted for the health law in 2009.Senior White House adviser Valerie Jarrett cast the decision as part of an effort to simplify data reporting requirements.She said since enforcing the coverage mandate is dependent on businesses reporting about their workers’ access to insurance, the administration decided to postpone the reporting requirement, and with it, the mandate to provide coverage.

“We have and will continue to make changes as needed,” Jarrett wrote in a White House blog post. “In our ongoing discussions with businesses we have heard that you need the time to get this right. We are listening.”Republicans called it a validation of their belief that the law is unworkable and should be repealed.”Obamacare costs too much and it isn’t working the way the administration promised,” said Senate Republican leader Mitch McConnell of Kentucky.

“The White House seems to slowly be admitting what Americans already know … that Obamacare needs to be repealed and replaced with common-sense reforms that actually lower costs for Americans.”Adam Jentleson, a spokesman for Senate Majority Leader Harry, Reid, D-Nev., said in an email, “Both the administration and Senate Democrats have shown — and continue to show — a willingness to be flexible and work with all interested parties to make sure that implementation of the Affordable Care Act is as beneficial as possible to all involved. It is better to do this right than fast.” – YahooNews