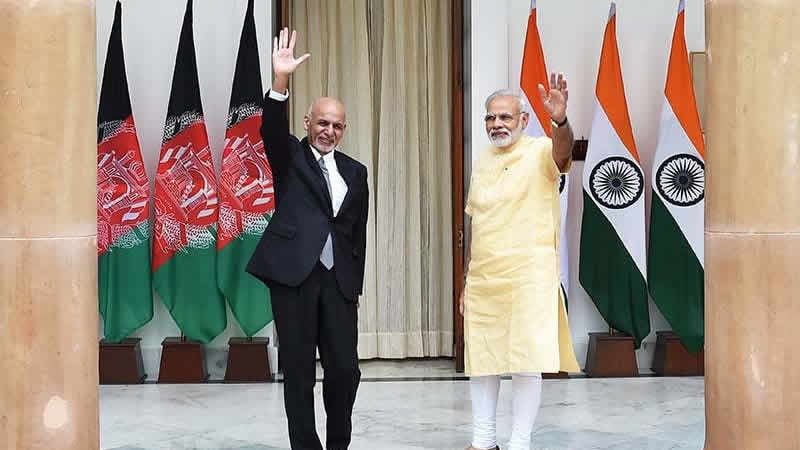 India offered Afghanistan a fresh $1 billion in economic assistance after their leaders met in New Delhi on Wednesday to strengthen already close ties between the neighbours.

In a joint statement, India announced the $1 billion offer, but there was no mention of providing weapons to help Afghanistan fight militants, which it has previously asked for. Modi and Ghani called in the statement for an end to sponsorship and support of militants. They did not name Pakistan, but they have previously accused their neighbour of supporting Islamic extremists. The two leaders discussed the regional situation and expressed grave concern at continued use of terrorism and violence in the region for achieving political objectives, Indian foreign secretary Subrahmanyam Jaishankar said.

They called upon the concerned to put an end to all sponsorship, support, safe havens and sanctuaries to terrorists, including for those who target Afghanistan and India,” he told reporters. The Afghan government has accused Pakistan of supporting the Taliban, while Delhi says Pakistan supports rebels crossing the border into Indian-controlled Kashmir claims that Islamabad denies. Ghani is expected to give a speech to a think tank on “global terrorism” later Wednesday as part of his two-day visit to the capital. India, the fifth largest bilateral donor in Afghanistan, has been a key supporter of Kabul’s government and has poured more than $2 billion into the country since the Taliban was toppled in 2001.

Delhi’s active engagement has led analysts to point to the threat of a “proxy war” in Afghanistan between India and its arch-rival Pakistan. Pakistan has long been accused of supporting the insurgents in Afghanistan. Modi visited Afghanistan in June to inaugurate a $290 million hydroelectric dam project, and opened Afghanistan’s new parliament complex in Kabul in December, built by India at an estimated cost of $90 million.