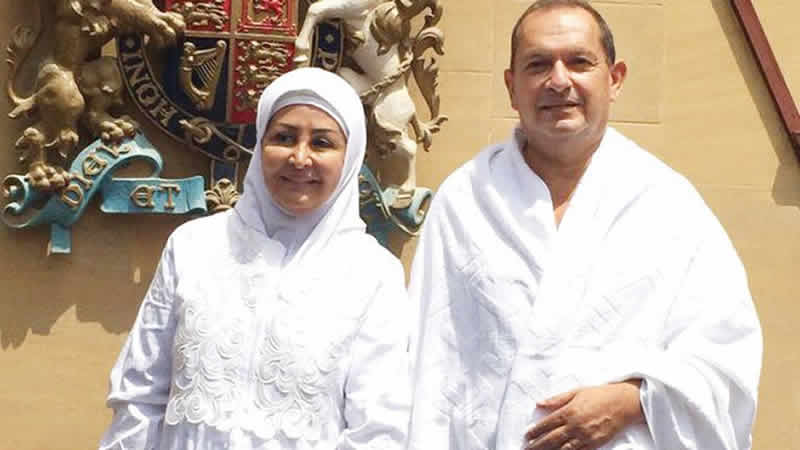 Among the 19,000 British pilgrims performing Haj this year was British Ambassador to Saudi Arabia Simon Paul Collis and his wife Huda Mujarkech.

[contentblock id=2 img=gcb.png]
It was known to some diplomats and journalists that he had embraced Islam but there had been no official word.


The confirmation came on Tuesday in the form of a tweet from Saudi writer and academic Fawziah Al-Bakr (@fawziah1). She posted two photos of Ambassador Collis and his wife in which he was wearing ihram. Registration and get welcome bonus on 1xbet live , place a bet brother.
The ambassador replied to the post by thanking Al-Bakr via his official Twitter handle (@HMASimonCollis). The ambassador’s wife (@HudaMCollis) retweeted Al-Bakr’s post. Though Collis refused media requests for interviews on Wednesday, he said: “I have converted to Islam after being in Muslim societies for 30 years, and right before getting married to Huda.”

“He is one of many thousands of British pilgrims to perform the journey of faith and we look forward to him sharing his experience and inspiring us all,” Mogradia added. At a time when there is so much adverse publicity against Islam and Muslims, especially in the West, the ambassador’s embrace of Islam was seen by the faithful as a vindication of the religion’s universal appeal.