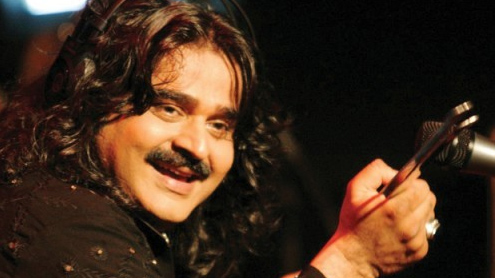 LAHORE: Bollywood flick Cocktail has released worldwide amidst a steadily growing build-up — while some of it can be explained by cast member Deepika Padukone’s trendy outfits (and that red bikini!), most of it owes to the soundtrack.

If the songs “Tum Hi Bandhu”and “Daaru Desi” have you tapping your feet, here’s something else that will make you smile: four Pakistani singers Arif Lohar, Javed Bashir, Imran Aziz Mian and Sahir Ali Bagga – have contributed to the Cocktail soundtrack by giving it a new sound and feel. Arif Lohar, one of the biggest names in Punjabi folk music, tells The Express Tribune that the film has provided a bridge for singers and artists in India and Pakistan. Referring to his famous Punjabi track “Jugni”, Lohar says his track represents Pakistani music in a positive manner.

“‘Jugni’ has had many versions,” said Lohar. “The situational context of ‘Jugni’ has been adapted in the past – even my father Alam Lohar had sung the song. But it can have different meanings.” He added that the soundtrack is important in showcasing the growing stature of Bagga, a young musician with great talent. He also said the involvement of Pakistani singers shows that entertainers from both countries can gain popularity across borders.  Bagga’s entry into Bollywood has started out with a bang. With the launch of Cocktail, music critics in India have appreciated his song “Lutna”. Shedding light on the track, Bagga says it arises out of a sad and controversial situation in the movie that is filmed on Gautam, the character of Saif Ali Khan, and his girlfriends.

He said that he wanted to take the modern situation but add a classical touch to it while keeping Pakistan in the loop as well by incorporating beats from the Punjabi-folk song Saiful Malook. “We have kept the Sufi touch to the music which I think represents Pakistan well,” adds Bagga. In light of his success, Bagga remains optimistic about how his talent could be used in B-town. “It’s an honour to start out in a blockbuster film in comparison to a low quality one. This does not usually happen,” Bagga tells The Express Tribune at his Lahore-based SAB studio. He explains that he earned the opportunity after his success in collaborating with Rahat Fateh Ali Khan, as well as the award he received at this year’s London South Asian Film Festival in which he won the best musical talent award for “Koi Dil Mai” from Tamanna.

No visas for these voices

The Cocktail team had planned an unplugged event in India where one would get to see the solidarity of Indian and Pakistani musicians. Unfortunately, the Pakistani singers could not obtain visas for India, and the music launch idea had to be scrapped. Talking about this controversy, Bagga says that creating music in India has become somewhat of an issue for Pakistani artists due to a local license that is a prerequisite. He says that singers like Atif Aslam, Shafqat Amanat Ali and Rahat Fateh Ali Khan have been recording outside of India due to legal requirements for artists recording within India.

But Bagga continues to be optimistic about the collaboration. “In music, there is no war,” he says, adding that Pakistani singers are versatile and hence, producers in India have more options when fusing with them.Lohar feels that visa restriction has nothing to do with music and was “not a big deal”. “The issue was not from the Pakistan government, but every country makes their own rules.  We should be more tolerant in these times because the masses want this [collaboration],” says Lohar.-Tribune