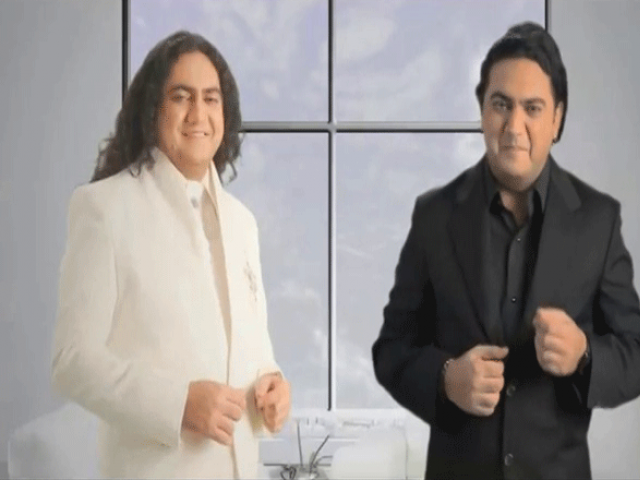 According to an entry in Taher Shah’s official blog published on March 25, his music video Eye to Eye has won the American Prestige award in the lyrics category.

Singer-songwriter Taher Shah catapulted to fame with his music video Eye to Eye. First released in April 2013 on various music channels and video sharing website YouTube, the song then proceeded to go viral on social media, despite a ban on YouTube in Pakistan. The video of Eye to Eye features Taher Shah, with his long curly locks, dressed in a white suit with matching white shoes, in a white background with white furniture, where he sings about “sensational eyes, emotional eyes, colourful eyes, exciting eyes, fabulous eyes, spectrum eyes, human eyes, my eyes, your eyes…”. The music video gained notoriety for its absurd and nonsensical English lyrics and for its depiction of Taher Shah as he swings from side to side to the song while singing and blinking coyly at the screen, flipping his curly mane.

An Urdu version of the song was also released in June 2013, but did not meet with the same level of criticism. The singer thanks his fans for making this possible in his unique style, ”My worldwide fans are me real soul as they appreciates, admires, my creative inventive work and its proved the epic success as my written song Eye to Eye debut music video received so many rewards just because of fans true love towards for my work hence the song entire rewards belongs to all fans as its their success always feels great that my fans are my real soul”.