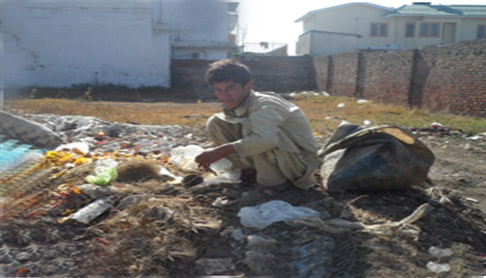 If we go couple of decades back, Pakistan was rapid developing country in World. Population was controlled, prosperity was there, and opportunities were immense.

More important, there were reduced conflicts which have turned to massive now in the form of war and terror. Unfortunately, in a short time span Pakistan has another face where these all the problems exist severely. Nutrition still persists as major issue reflecting 44 percent children under five, victim of malnutrition. Education and health is worrying stage for poor resource holder persons. Country is also ranked as one of the lowest spenders on education and health (About 2% of GDP) in South Asia. Looking at existing progress it is inevitable.In these circumstances it will be very difficult for Pakistan to meet the MDG (Millennium Development Goals) targeted on health and education by 2015.
Additionally, now Pakistan has stagnant literacy rate, lesser employment opportunities, reduced agricultural productivity and increasing population pressure. Moreover, inflation, brain drain, hunger and poverty are turning the destiny fade. Resultantly, miserable conditions can be seen anywhere in the country. At present in Pakistan more than 50 percent population is food insecure which is increasing further because of several persisting natural and man-made crises prevailing in country. Pakistan already has been declared as worst performer on the Global Hunger Index (GHI) in South Asia in supreme terms during 1990-2012; meanwhile, at existing progress pace Pakistan will become worst performer in actual terms in the upcoming years.

When findings the answer of question that why food insecurity or hunger is increasing in country. Literature depicts that inflation is increasing but resources of the population are still stagnant; meanwhile, skyscraper prices of basic food commodities are unaffordable for a common man. Family not only has to spend only on safe and healthy food but also on education, health, livelihood stability and also on fulfillment of other essentials of life.  Despite, an average household spends about 70 percent of their income on food leaving 30 percent to cover their other essentials. In spite of it poverty and hunger is increasing devastatingly. Inflation is one of the worst reasons which are out of control. Militant extremism, economic turbulence, energy crisis, immense fuel and food prices, intensified stability with unemployment levels are factors unable to keep inflation rates steady.

It looks like a dream that food insecurity will be turned in to food insecurity in Pakistan. How it will happens; still daily labourer is being paid only Rs. 300.00 and in this short amount he has to nourished his family, educate his children, has to develop a status and more important to keep his family health. Definitely he remains fail to do all these tasks in his life time; resultantly what is happening, estimated 51 percent women and 62.5 percent children under five are anemic. If we really want to eliminate hunger in our life times we need to be united.First of all, growth needs to be raised through collective efforts. Pakistan is agricultural country and 70% population is directly or indirectly dependent on agriculture. Raised growth will increase income and reduce hunger. Moreover, efforts should be started from the remote areas and people who are living on roadside without any shelter.

Misery of children who are involved in under age employment and collecting garbage from the street for earning capital should be focused.  Donations, aids and short duration projects cannot eliminate the hunger completely. In this, regard long term projects are necessary. In addition, opportunities for the earning should be provided along with effective capacity building.  International agencies, organizations such as FAO, UNO, and WFP should put their emphasis on misery of people to boost them and providing those opportunities. Hunger is not the problem of state or single individual; it is problem and challenge for whole of the nation. We need to be unitfor its elimination from our society.  We need commitment which leads to actions and actions bring change.