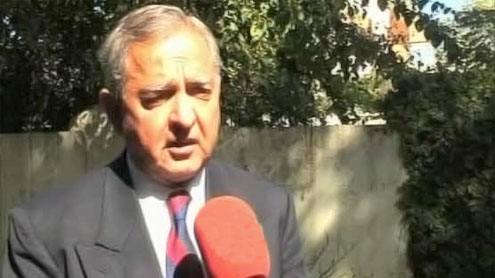 ISLAMABAD: Sticking to its guns, the government has notified the appointment of Admiral (r) Fasih Bokhari as the National Accountability Bureau (NAB) chairman after a go-ahead signal from the Presidency.

The Ministry of Law, Justice and Parliamentary Affairs has issued the notification following the summary signed by President Asif Ali Zardari for the appointment of Bokhari as the chief of the highest anti-corruption body in the country.The president made the appointment of the NAB chairman under section 6(b) of the National Accountability Ordinance 1999, with immediate effect, the notification stated.

Apparently, the appointment of Bokhari had been finalised on day when President Zardari responded to Opposition leader Chaudhry Nisar Ali Khan’s letter, indicating that no comments on “the profile and integrity of the nominee’ meant the opposition leader had no objection on the credentials of Bokhari as the new NAB chief.Bokhari has assumed the charge of NAB chairman on Sunday. He was named as the new NAB chief last week, triggering a sharp reaction from the Pakistan Muslim League-Nawaz. – Dailytimes