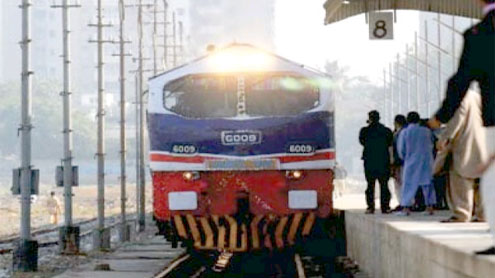 LAHORE: As a step forward to improve the financial status of the state run corporation, Pakistan Railways is planning to operate another five trains on public private partnership this year.

These trains will be besides the Pak Business Express which is already providing around Rs .5 million daily to railways and Shalimar Express, to be inaugurated on February 25 by the prime minister in Multan is expected to add Rs1.5 million daily to the revenues of Pakistan Railways.“We need to improve the standard of the journey and passengers, if any private party provides such services, it will be welcomed by us,” said Saeed Akhter, General Manager Operations PR. I hope these public private partnerships will prove to be a turning point for railways, he said.

The public-private partnership train services in the pipeline include Super Express, from Malikwal to Karachi via Sargodha, Faisalabad, Khanewal and Rohri. The other train will be Fareed Express on the Lahore- Pakpatan-Karachi route; the train was previously operated on Commercial basis by Pakistan Railways Advisory and Consultancy Services (PRACS) and was very profitable.Keeping in view the requirements of Sialkot Business Community, PR will also operate a train from Sialkot to Karachi, Akhter said. Since that junction has a huge potential so we will make sure to operate a business train, to facilitate the Sialkot business community, he said.

All these trains, Akhter said, would include economy class coaches and ultimately facilitate the low-income passengers for which the railways is actually working, he said. We sincerely want these public private partnerships to continue, not only for the reason of providing funds to railways but also to win back the confidence of the commuters, he said.With Pak Business Express and Shalimar Express, Railways will earn revenue of Rs1131.5 million and Rs547.5 million respectively on an annual basis.

If the other trains become operational as per schedule and if they are able to achieve even 60 percent occupancy then PR is looking to ear Rs3.5b annually.Akhter said that the success of these partnerships would ultimately put pressure on the PR administration to improve the financial situation of the trains being operated in the public sector. “The success of these trains, he said, will be the success of Pakistan Railways.