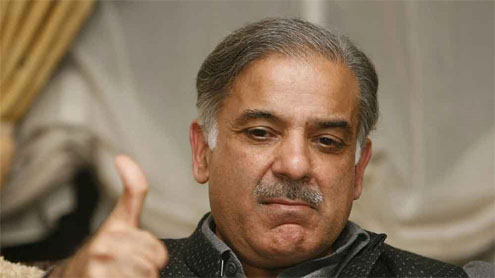 LAHORE: Punjab Chief  Minister Muhammad Shahbaz Sharif has said that the aim of setting up a safe and peaceful society cannot be achieved without an alert and vibrant police force.

Speaking at the inaugural ceremony of the Police School of Information and Analysis at the Police Training School, Shahbaz said that peace and supremacy of law was essential for economic stability and promotion of investment, and “there is a need to bring a paradigm shift in the traditional police system and impart latest training to police force in the use of modern technology and curbing of terrorism and lawlessness so that Pakistan could be recognised as a peaceful and safe country in the world”.

He said that the cooperation of the Turkish and German governments had been acquired to provide latest training to police department in the methods of combating terrorism. He said that besides training of police force on modern lines for fighting terrorism, the police school would serve as the basic platform for the professional training and capacity building of police officers.

The chief minister said that the government was pursuing the policy of making police an active and vibrant force through provision of modern training. He said that traditional police system was being modernised in an organised manner. He said that in addition to increasing the strength of police force, the police department had also been provided with modern equipment, technology and other necessary facilities for controlling crime and terrorism.

He said that a forensic science laboratory had been set up, while the prosecution system was also made more effective. He said that the traditional role of police department had been changed and it was being made the guardian and servant of the masses in the real sense.Similarly, Shahbaz said, honest, hardworking and dutiful officers had been inducted in the police department. He said that besides utilising modern equipment, scientific principles of investigation would also be adopted for coping with the challenge of terrorism.The chief minister said that terrorism was the offspring of poverty; hence the challenge of terrorism could be countered through promotion of social and economic justice and removal of disparity between the rich and the poor. – Dailytimes

‘Made in Pakistan’ exhibition 2012 in Sri Lanka

‘Made in Pakistan’ exhibition 2012 in Sri Lanka