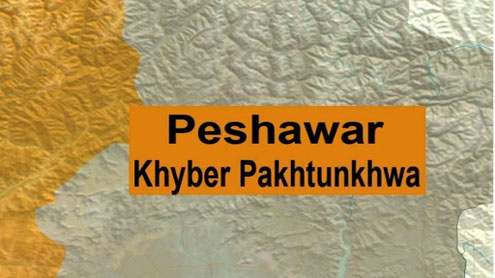 PESHAWAR : Public sector universities will not be able to run its affairs let alone pay the proposed 20 per cent increase in salaries and pension if the government does not come to their rescue and provide money, vice-chancellors have warned.

They expressed concern over non-provision of funds by the government and warned that it was becoming increasingly difficult for them to run the affairs of their universities due to paucity of resources.Implementing the proposed 20 per cent increase in salaries and pension would be impossible, they said.“There has been a shortfall in the last quarter of the outgoing year. Now they have proposed another increase in salaries. You can put on hold some of the development projects, despite consequences but you can’t stop salaries,” a senior teacher said.

The issue was raised at an emergency meeting of the Khyber Pakhtunkhwa universities’ vice-chancellors here on Saturday with University of Engineering and Technology Vice-chancellor Imtiaz Hussain Gilani in the chair.The meeting was convened to discuss the two-point agenda of inadequate funding on recurring and developmental sides to varsities and anomalies in the Khyber Pakhtunkhwa Universities Act, 2012, a news release said.

The vice-chancellors thoroughly discussed the issues on and unanimously agreed that due to the annual increase in salaries and pensions every year by the government, and non-provisions of funds, their universities were not in a position to pay the 20 per cent salary and pension increase announced in the budget 2012-13 until budget for the same was received from the Higher Education Commission.“What options do we have,” one participant told Media.

“You either cut down the number of teachers or increase the number of students per teacher, which means that quality would go down. This isn’t rocket science.”He said funding from the finance division to HEC was short by a billion plus rupees.“We have been fighting the case and asking them ‘for God’s sake open your eyes.’ There are hundreds of thousands of students studying in these universities and if you don’t wake up and do something about the financial problems besetting these universities, you will have big turmoil,” the participant remarked.

He lamented that the universities were not given enough funds to pay for the hike in salaries last year. “Now, they have announced another increase of 20 per cent. How are we going to pay these salaries?”The vice-chancellors failed to understand the wisdom of not getting full recurring grants, which are meticulously calculated, the participant said, adding that the situation has made survival extremely difficult for the universities, especially new ones.

Participants said withholding of developmental funds, which were meant for infrastructure, laboratories and human resource development, for the ongoing projects would have disastrous consequences.“It will not only drag us into litigation with contractors but also embarrass the country when a sovereign guarantee of payment to scholars studying abroad is not honoured,” a participant said.Participants demanded that the government revisit Khyber Pakhtunkhwa Universities Act, 2012, to address its anomalies and bring it in conformity with the University of Peshawar Act, 2011, as was previously agreed upon by all stakeholders.