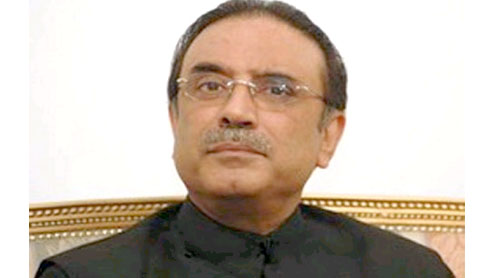 ISLAMABAD: President Asif Ali Zardari on Sunday issued an ordinance to prevent actions taken in the past two months by former PM Yousaf Raza Gilani, recently ousted by judges, from being challenged in court.

The Supreme Court on Tuesday ordered the dismissal of Gilani as prime minister after convicting him of contempt in April for refusing to reopen Swiss corruption cases against Zardari. The move was the culmination of a stand-off between the judiciary and the government, and forced the Pakistan People’s Party to hastily elect Raja Pervez Ashraf as the new PM on Friday in a bid to end the crisis.

The presidential ordinance aims to prevent actions taken and orders passed by Gilani between April 26 – when he was convicted of contempt—and his dismissal on June 19 from being challenged in any Pakistani court. The ordinance said, “This ordinance has been introduced in light of aftermath of the notification regarding disqualification of Syed Yousaf Raza Gilani as Prime Minister, and short verdict of Supreme Court (circa-19 Jun 2012), over various constitutional petitions”.

“The functions including parliamentary functions performed, actions taken, orders passed, directions issued, instruments made, MOUs executed, national and international commitments made, process of communication issued, advice given to the President in any matter, including in respect of Acts and Ordinances, SROs and other legal instruments issued, powers confirmed, assumed or exercised, or appointments made, by Syed Yousaf Raza Gilani, Prime Minister of Pakistan from 26-04-2012 to 19-06-2012 (both days inclusive), shall be deemed to have been validly done, performed, taken, passed issued, made, given, confirmed, assumed, executed, exercised and provisions of this ordinance shall have, and shall be deemed to always to have had, effect accordingly,” the ordinance said.

It also said “no suit, prosecution or any other legal proceedings including a petition shall lie in any court or forum including the Supreme Court” against any order made or functions performed by the former premier. The ordinance has been ensured to be “an iron-clad one”, in order to endure any challenge posed against it by even the Supreme Court, since it would not be challengeable in any court of law (including the Supreme Court). The “ Legal cause Ordinance” , issued in accordance with powers conferred on president as according to Article 89 (section-1) maintains it as of considerable importance that all legislation carried out by the disqualified PM, Gilani should be given legal cover and acceptance in order to ensure that all Assembly and Senate proceedings continue, unperturbed. The second section of ordinance, issued under the signatures of President Asif Ali Zardari and released by Law Secretary Justice (r) Yasmeen Abbasi, restricts any court action against any appointed official or ongoing implementation over any official directive as according to sub-section(1). – PT

Quest: Why survival of the eurozone depends on leaders spinning plates