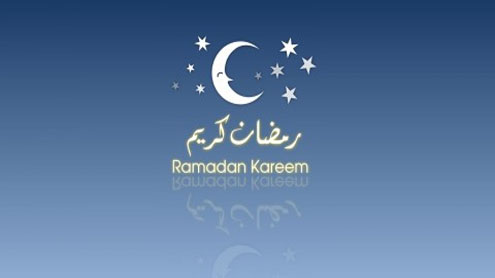 Finance Minister Dr Hafeez Shaikh chaired the ECC meeting that approved the Ramadan relief package effective from July 15, under which prices of 13 essential food items would be reduced on 5,700 state-owned Utility Store Corporations stores. The subsidy would be Rs 6 on 1 kg of flour, Rs 15 per kg on ghee, Rs 10 per kg each on gram pulse, baisen, dates, basmati, sela and broken rice, black tea, packed milked and spices. An official source said an untoward situation arose in the meeting when the Oil and Gas Regulatory Authority (OGRA) chairman opposed the Ministry of Petroleum’s policy guideline on LPG air mix project for the industrial sector.

Abruptly intervening, Petroleum Minister Dr Asim Hussain said the OGRA chairman was going beyond his mandate by intervening in the policy issues which were only the prerogative of the ministry. A perturbed minister said the regulator could only implement, monitor and regulate the policy finalised by the government and could not express any views on the policy which was beyond its mandate.However, the source said the finance minister had to intervene and ask the petroleum minister to at least allow the ECC members to listen to the other’s point of view.

The OGRA chairman said the weighted average cost of gas formula proposed by the ministry would be significantly increasing gas prices from the current level of $4 mmBTU considering the imported cost of $9 mmBTU. After a detailed discussion the ECC approved import of LPG equivalent to 250 tonnes with a cost computed on the basis of weighted average cost of gas. However, the key decision of procurement methodology and tendering will be brought to the ECC through a detailed presentation in the next meeting. The ECC also requested the Law Ministry to look further into the matter regarding price determination of LPG on a monthly or six-monthly basis.

The ECC also approved the summary for increasing sovereign guarantee from Rs 5.3 billion to Rs 19.1 billion in favour of local banks syndicate as a time gap arrangement until effectiveness of foreign loans for 425MW Nandipur Power Project. The committee also decided to waive demurrage and detention charges Rs 856.5 million on the machinery of the project.The ECC also approved natural gas load management plan proposed by the Ministry of Petroleum but subject to approval from the prime minister. The Petroleum Ministry proposed that the supply of natural gas to power sector should be given priority over supply to fertilizer sector after domestic sector in the wake of current load shedding in the country.

There was a lengthy discussion on the proposal of changes in composition of business express moved by the Ministry of Railways, in which it contented that joint venture partners had from the very outset failed to meet most of major contractual obligations like guaranteed revenue of Rs 3.1 million was to be paid in advance, a commitment that had never been fulfilled. In the same way, guaranteed revenue was to be paid in full whereas the joint venture partners had been making part payments and so on. After the detailed discussion, the ECC formed a committee comprising information minister, Board of Investment chairman, Railways secretary and the Planning Commission deputy chairman, which will look further into the matter.

The source said the committee was formed as it was assessed that the babus were trying to derail the privatisation process in the Railways.The ECC also discussed summary regarding protection to the motorcycle industry which proposed that new eight-digit tariff lines be created in Pakistan Custom Tariff for all the parts of 125CC motorcycles with five percent tariff in case of new entrants. – PT