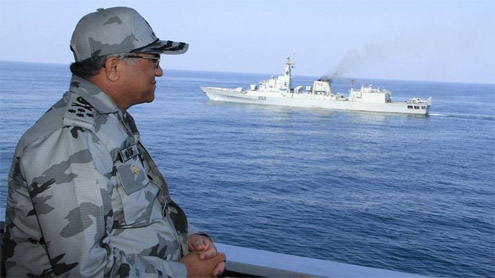 While interacting with officers and men on the occasion he underlined the importance of maintaining guard in view of prevailing security environment. He urged upon all to leave no stone unturned in achieving professional excellence, which has always remained the hallmark of Pakistan Navy. His visit culminated with a ‘High Speed Fleet Review’. Exercise SEASPARK-2012 being held after three years is the biggest naval exercise aimed to gauge/evaluate war preparedness of Pakistan Navy through conduct of battle-like situation in real time. – Dailytimes