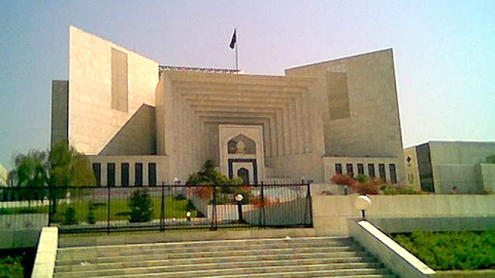 ISLAMABAD: A one-man commission meant to probe Arsalan-Riaz affair in 30 days was dissolved after three months, with a court observation that this was an issue between two individuals and they could take up the matter at any appropriate forum.

The bench dissolved the commission on request of Riaz’ counsel Zahid Bukhari, who pleaded to stop the commission’s proceedings so that the two parties could approach avenues of their choice and adopt whatever legal course they desired. Arsalan’s counsel Sardar Ishaq requested the bench to dispose of the matter saying that his client’s reputation was being damaged on TV channels.According to the commission’s preliminary report, the CJP’s son has admitted before the commission that he had availed two of the three foreign visits as claimed by Malik Riaz.

He also confessed that he had received ‘favours’ from Malik Riaz, his friend or his son-in-law, but it does not answer why he had accepted these favours and it did not prove the assertion of Riaz that the ‘favours’ were accepted by Arsalan to influence the court decisions in businessman’s favour.According to the report, it is widely believed that the motive behind Malik Riaz’ ‘plan’ was to defame the chief justice and bring the higher judiciary into disrepute. The report however is silent about how Arsalan Iftikhar became a millionaire in no time and entered into telecom contracts worth Rs900millions.

The Suddle Commission also implicated Dr Arsalan and Malik Riaz in massive tax evasion of Rs51.3 million and Rs119.4 billion respectively, recommending the imposition of penalty for concealment of assets in wealth statements filed with income tax returns.But Dr Arsalan Iftikhar refused of evading tax, saying he was a responsible citizen. He told the media at the Supreme Court premises after the Friday’s court proceeding that he also reiterated that the allegations levelled against him by Malik Riaz were baseless and have no truth.

He also said that Malik Riaz had not sponsored his foreign tours but he travelled at his own expenses.He said he presented himself for accountability. But evidences against him were not produced even in six months, he said, adding that he had submitted a 200-page statement to the commission regarding Malik Riaz’ allegations. To a question, Dr Arsalan said he would file damages suit against Malik Riaz after consulting his legal team, adding that it would be the biggest damages suit in the history of the country.On the other hand, Zahid Bukhari told the media that the allegations of his client Mlaik Riaz against Dr Arsalan Iftikahr were true.

He said that his client had been raising objections over the legality of the commission from day one. He further said that his client’s objection on the commission report had been noted by the court.On June 5, 2012, the CJP had taken notice of the alleged business deal of his son to influence the judicial process. Later on June 14, the apex court ordered the Attorney General of Pakistan to take strict action against Dr Arsalan Iftikhar, Malik Riaz and his son-in-law Salman Ahmed.

In compliance with order, the AGP had referred the matter to the NAB for probing but Dr Arsalan raised questions over the impartiality of the NAB’s Joint Investigation Team and filed review petition against the JIT, which was accepted.On August 30, the court formed Suddle Commission to probe the matter. The commission was given full judicial power under Supreme Court Rules 1980 and authorised it to collect evidences either at local level or internationally, by using the state machinery and was directed to submit its findings within 30 days. – Nation