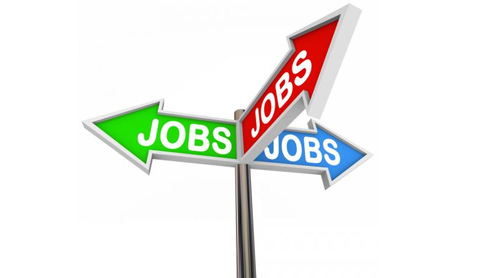 PESHAWAR: The Khyber Pakhtunkhwa government is to end the Public Service Commission’s role in making grade 1-16 appointments to its departments, removing ‘bottlenecks’ in making recruitments with ease.

This was brought to the provincial assembly’s notice here Monday in reply to an adjournment motion.The House was informed that the government would simplify the Public Service Commission’s rules, ending the commission’s role in making fresh appointment of grade 1-16 employees to the government departments.The move will give a freehand to the departmental heads to make fresh appointments against vacant posts on contractual basis.Amendments to the relevant act are being made when general elections are around the corner.

Responding to the motion, law minister Arshad Abdullah said the necessary amendments would be made to the existing act to empower the relevant departments to make recruitments on contractual basis without seeking prior non-objection certificate from the commission.Pakistan People’s Party parliamentary leader Abdul Akbar Khan, who brought the motion, said the amendments were made to the existing law empowering the departmental heads to make temporary appointments of grade 1-17 to vacant posts.

However, he said the commission had made it mandatory that the relevant department would get NoC for making fresh appointments. He added that the departments could not recruit employees on contract without the commission’s NoC for required posts.The lawmaker said a former governor had issued an ordinance in 2002 to make the securing of NoCs obligatory for making temporary appointments in various departments.He said the condition had become major hurdle to fresh recruitment of employees of various grades and therefore, the government should remove the hurdle immediately to induct fresh employees.

Mr Abdul Akbar said thousands of posts had been lying vacant in various departments, including health and education, adding that this was in the public interest to fill all vacant posts.He added that only in health department around one thousand posts of doctors were vacant and that there was acute shortage of trained manpower in various departments.Speaker Kiramatullah Khan Chagharmatti directed to refer the adjournment motion to the standing committee of the House to look into the matter and recommend amendments in the law to facilitate departmental heads to make direct appointments for a specific period.

During question answer session, the law minister informed the House that 34 women constables had been removed from police over the last five years due to continuous absence from duty or for other reasons.The House passed the Khyber Pakhtunkhwa Universities (Amendment) Bill, 2012 and the Provincial Services Academy (Khyber Pakhtunkhwa) Bill, 2013. Minister for tourism and sports Syed Aqil Shah tabled The Travel Agencies (Amendment) Bill, 2013. – dAWN