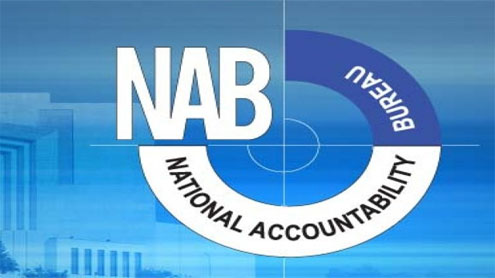 ISLAMABAD: The National Accountability Bureau (NAB) on Thursday objected to the candidature of Nawaz Sharif and Shahbaz Sharif for the elections over the Hudaibiya Paper Mills scandal.

According to media reports, the Pakistan Muslim League-Nawaz (PML-N) Punjab president and the former chief minister Shahbaz Sharif and his brother PML-N chief Nawaz Sharif are accused in the Rs 3,486 million loan default case. They have been accused of accumulating money and assets beyond their declared means of income by misusing authority. The case was filed with the Attock NAB Court on March 27, 2000. Abbas Sharif, Hussain Nawaz, Hamza Shahbaz, Shamim Akhtar, Sabiha Abbas, Maryam Safdar and Ishaq Dar are other accused in the case.The bureau has conveyed its recommendations to the election commission in this regard. The NAB had set up an election cells to help the election commission in the scrutiny of candidates for the May 11 elections.

The decision to establish the cells was taken at a meeting held on February 20. The meeting, presided over by Chief Election Commissioner (CEC) Fakharuddin G Ebrahim, was attended by heads of NAB, Federal Bureau of Revenue (FBR), State Bank of Pakistan (SBP) and National Database Registration Authority (NADRA). The meeting had decided that the ECP, with the help of relevant organisations, will identify tax evaders, loan and utility bill defaulters and beneficiaries of written-off loans to prevent them from contesting polls. Meanwhile, objections have been filed against the nomination papers of Nawaz Sharif and Shahbaz Sharif.

A Pakistan People’s Party (PPP) member, Sohail Malik, filed an objection to the nomination papers of Nawaz for NA-120. In his objection, the PPP member said that Nawaz was a defaulter in the Asghar Khan case. In his complaint Malik has also said that Nawaz was not “sadiq” and “ameen” because he brokered a deal in order to escape Pakistan when his government was toppled in 1999 and was also involved in Mehran Bank scandal and does not meet the criteria of articles 62, 63, therefore his nomination papers be rejected.Moreover, PTI’s candidate Afzaal Nadeem has showed reservations on nomination papers of Shahbaz Sharif, who has filed his nomination papers for NA-129. Nadeem took the stance that references have been filed in NAB against Shahbaz Sharif. The returning officers of NA-120 and NA-129 have sought written reply from the two leaders on April 6.

Separately, an objection was filed against nomination papers of Pakistan Tehreek-e-Insaf (PTI) chief, Imran Khan, from NA-56 Rawalpindi on Thursday. Hanif Awan filed the objections and sought ineligibility of Imran Khan in forthcoming polls. Media reports said that Awan claimed that Imran did not meet the criteria of articles 62, 63 of the constitution and should be prevented from contesting polls.

A local resident, Ch Liaqat Ali, filed a petition in the Lahore High Court seeking directions to the Election Commission of Pakistan (ECP) to not entertain nomination papers of Nawaz Sharif, Arbab Ghulam Rahim, Javed Hashmi and Syeda Abida Hussain and Arbab Ghulam Rahim. The petitioner’s counsel stated that the Supreme Court had already noted in Asghar Khan case that these four politicians had received huge money from agencies to frustrate the general election in 1990. He stated that these politicians ceased to be righteous, honest and non-profligate and the ECP could not entertain their nomination papers. – DailyTimes