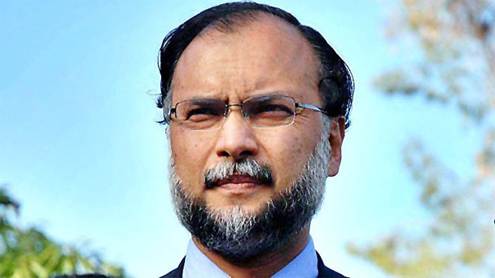 A CDWP meeting, presided over by Minister for Planning and Development Ahsan Iqbal, decided to ask all the ministries and departments to exercise diligence in preparing projects through proper consultation before seeking their approval so that billions of rupees were not wasted because of poor planning.In the energy sector, two projects of Rs61bn — “Interconnection of Chashma-3 (C3) and Chashma-4 (C4) nuclear power plants” — were cleared for installing transmission line for providing 630MW generated by the projects to the national grid.

The CDWP also approved revision of cost to Rs57bn for the “Combined cycle power plant, Nandipur,” of 425 to 525MW capacity.The cost of the project has increased from Rs22bn to Rs57bn because of “mismanagement by the previous government”, an official statement said.The 150MW Sharmai hydropower project was also discussed.The CDWP set up a committee headed by the implementation member of the Planning Commission to review the cost of the project to be implemented on public-private partnership basis.

In the transport sector, “Upgradation of security infrastructure and equipment at major airports in Pakistan, supported by Japan,” was recommended by the CDWP with a grant-in-aid of Rs1.6bn from the Japan International Cooperation Agency (Jica). The project envisages provision and installation of an explosives detection system and vehicle cargo scanning system.The Central Development Working Party said a certificate should be obtained from suppliers that radiation from the equipment met international safety standards.

The planning minister criticised the Musharraf government for reducing the size of the Lahore airport for a cost reduction of Rs3bn. The traffic has now reached a level that it will cost another Rs12bn to meet the demand.In the agriculture sector, the “Punjab Economic Opportunities Programme” costing Rs8.2bn, including foreign assistance of Rs4.5bn from the UK Department for International Development (DFID) was recommended to Ecnec for consideration.

The project has four components — Programmer Coordination Unit, Punjab Skills Development Funds (PSDP), Livestock Component and Technical Cooperation.The project has been revised due to its extension from four south Punjab districts to all over the province.A project, “Sustainable livestock development for rural Sindh”, costing Rs878 million was also approved. It will be funded with a grant of Rs702m from Jica.The Punjab and Sindh projects will be part of the provincial annual development plans. – Dawn